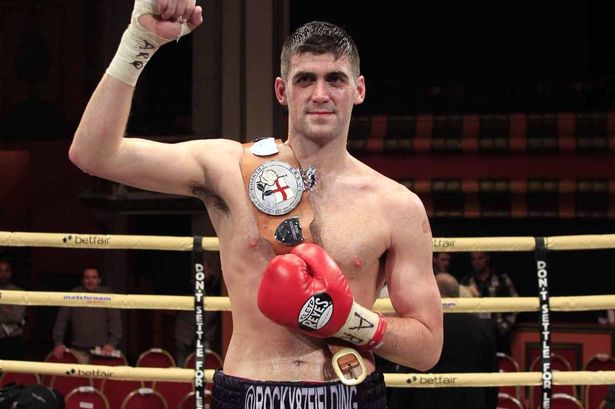 Fielding was born on August 5, 1987, in Liverpool, Merseyside. His father gave him the nickname ‘The Rock’ after his birth weight was recorded to be 10lbs. Rocky started his boxing career in Stockbridge ABC, as an amateur where he reached the 2007 & 2008 ABA Light Heavyweight finals.

Rocky turned professional in 2010 and after winning his first three professional fight as a Light Heavyweight, he was offered the chance to drop down a weight to take part in ‘The Super MiddlweightPrizefighter Series’. He went on to win the tournament causing a stoppage in each of his three fights and becoming the first boxer in Prizefighter series todo so.

On October 6, 2012, Fielding won a vacant English super-middleweight title in a fight against Carl Dilks. After that, he went onto win series of matches against opponents like Wayne Reed, Michael Nieroda and Darren McKenna. On September 21, 2013, he won a vacant Commonwealth super-middleweight title against Mohammed and then retained the title against Luke Blackledge November 23, 2013.

On July 12, 2014, Rocky Fielding won vacant WBAInter-Continental super middleweight title against Noe Gonzalez Alcoba. His first loss came on November 7, 2015, against Callum Smith where he was knocked out in the first round. After that, he went on to win series of matches against opponents like Christopher Rebrasse, John Ryder, David Brophy, Karel Horejsekand Tyron Zeuge.

Fielding will now face a tough challenge against Canelo Alvarez. The fight will be the first defense of the WBA belt for fielding.