Home Boxing Christina Hammer Net Worth & How She Makes Money 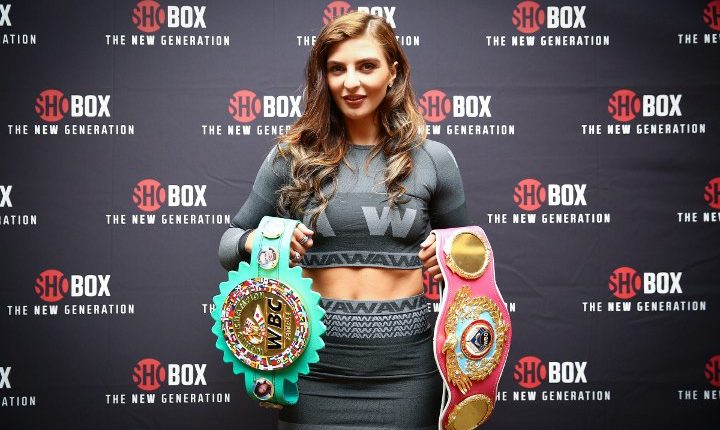 Christina Hammer also known as Lady Hammer is a professional boxer from Germany. She is the youngest boxer in history to win a WBO female middleweight title. As of 2019, Christina Hammer net worth is estimated to be $5 million.

Christina was born on August 16, 199,0 in Kazakhstan and moved later with her parents to Germany in 1991. From an early age, she had an interest in sports and developed a passion in running and swimming. She was introduced to boxing by her uncle at the age of 13. While growing up, she admired boxers like Gennady Golovkin and Wladimir Klitschko.

She started her amateur career competing on number of German tournaments. She defeated 2007 German junior champion Manon Rohrbach and won the International German Junior Championships by defeating Madelyn Cibis. She finished her amateur career with a record of 22 wins and 1 loss.

On September 12, 2009, Hammer made her professional debut at the age of 19 against German fighter Melisa Koktar in which she defeated her via TKO in the second round. After one month later she won her next match over Sarka Stoklaskova in a unanimous decision. In the span of one year, she competed in five more fights against Marija Pejakovic, Daniela Bickei, Patricia Braesick, Marie Riederer, and Mihaela Dragan and won all five via knockout within five rounds.

Related  Eric Butterbean Net Worth- How Much is the Boxer Worth?

Hammer became the youngest boxer in history to win a WBO title. Since her victory against Zita Zatayo, she has earned fighter of the year by the WBF and WBO. She is ranked as the world’s second-best active female middleweight by The Ring, IBA, WIBA , and BoxRec. In the total of 25 fights, she has won 24 matches including 10 by knockout and 1 match was a no contest which means she hasn’t lost any fight so far.

On February 12, 2019, it was announced that she will compete against Claressa Shields with the “The Ring” and female “middleweight title” being on the line. It is one of the biggest matches of her career.

Christina Hammer’s net worth is estimated to be $5 million. She makes the majority of her money through boxing. Apart from that, she is also sponsored by lingerie brand Anita.