Home Boxing Ryan Garcia Girlfriend- Is He Dating Anyone? 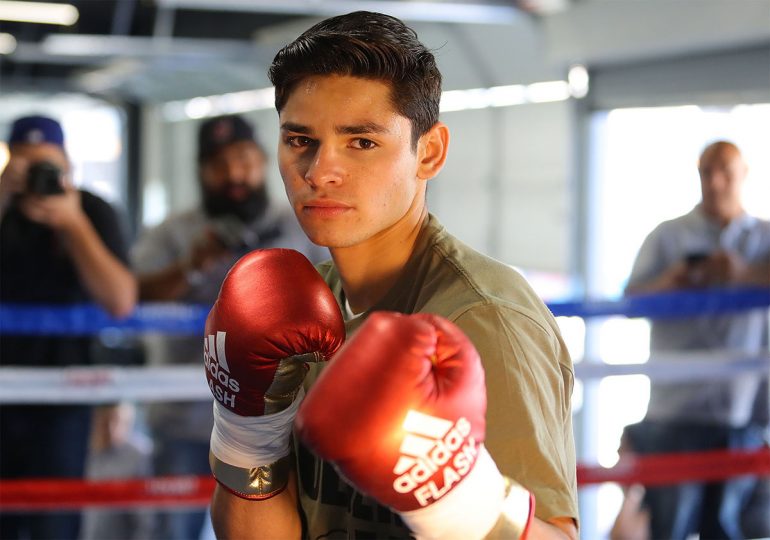 Ryan Garcia is an American boxer who competes in the lightweight division. He is just 20 years old and is one of the hottest prospects coming in recent years. So far, he hasn’t lost a single match since his debut in 2016.

Ryan was born on August 8, 1998, in Victorville, California to Henry and Lisa Garcia. His dad Henry had a dream of being a boxer one day but became a trainer instead. He began training his son Ryan at the age of 7 along with his younger son, Sean Garcia.

Although he was born in America, Garcia often incorporates his Mexican heritage into his background. He is currently promoted by Golden Boy Boxing and is trained by Eddy Reynoso, who also trains Canelo Alvarez.

Garcia made his professional debut on June 9, 2016, in a fight against Edgar Meza which he won in the first round via TKO. Prior to that, he already had 215-15 boxing record during his amateur career. Ryan also holds several titles. He came first in the Silver Gloves, National Pals, Junior Golden Gloves and Junior Olympics.

So far, the 20-year-old boxer has won several fights including matches against Fernando Vargas Parra, Jayson Velez, Carlos Morales, Braulio Rodriguez, and Jose Lopez. He has competed in total 18 fights and has won all of them including 15 by Knock Out.

Ryan Garcia Girlfriend- Is he Dating Someone?

So far, we haven’t heard any news regarding his relationship or public appearance with other girls. He once wrote “I do have a girlfriend wanna know her name” on Twitter. However, it was just a joke where he mentioned himself “Boxing Garcia” as his girlfriend. All he wanted to say is that he is currently focus on building his career and has no time for it.

I do have a girlfriend wanna know her name….

However, In an interview with TMZ, he said that he had a crush on Selena Gomez. He said, “I’m always going to shout out Selena Gomez, I know she’s probably not looking for a man right now, but I would protect you!”. He added “She’s single so let me shoot my shot…let me take you out!”

We don’t know Selena Gomez is interested in him or not but as for now, we can say that he is single.