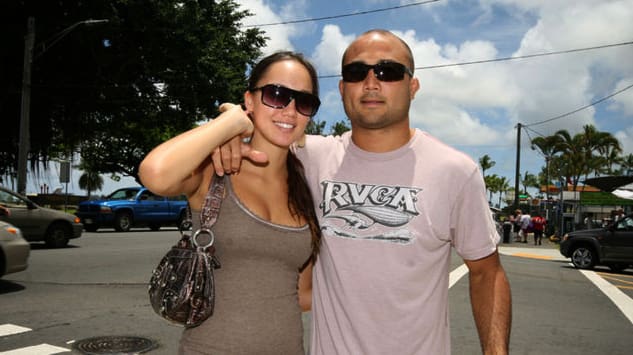 Shealen Uaiwa is the girlfriend of Brazilian MMA fighter B.J. Penn. Shealen and Penn are not married but are living a healthy relationship like husband and wife.

Shealen who goes shortly by her name as Shea was born in Maui, Hawaii. She is an aspiring model who has represented ModelMayhem.

As we know her husband BJ Penn is a professional mixed martial artist and Jiu-Jitsu fighter. He has competed in the Featherweight, Lightweight, Welterweight and Middleweight divisions in UFC. He is the second of only five fighters in UFC history to win titles in multiple weight classes. His domination in the ring, as well as his performances in higher weight classes, have made him one of the greatest fighters in the history of UFC.

It’s not exactly known how long the couple has been together but even though they are not married Penn refers to her as a wife. They are also parents of two little girls. Their first daughter Aeva Lili’u was born in 2008 and their second daughter Kulia was born in 2012.

However, in recent years, there seems to have a problem between Penn and Shea. The fighter is being accused of years of abuse by the mother of his children. Shea filed a temporary restraining order against Penn last October for years of physical abuse and sexual abuse.

She alleges Penn verbally abused her in front of their two children and her mother, threatened to kill her family and sexually abused her. She detailed several disturbing behaviors over a three year period and said they are only the most recent incidents.

Shea wrote that she was afraid to report Penn behavior’s to authorities because of his name, reputation and the control of him over her life. She wrote, “I feel fearful for my safety and my children’s life and for the influence he has over my children”. She also wrote that her oldest daughter told her she would rather commit suicide than spend time with Penn.

Uaiwa added Penn hit her in the back of the head, wrestled her to the ground a few times during their 10-year relationship. He allegedly tried to force her to have sex with other man and would frequently yell at her when she refused to perform sexual acts.