Home NFL Which Team Is Worth Betting On? Ranks From Worst To Best 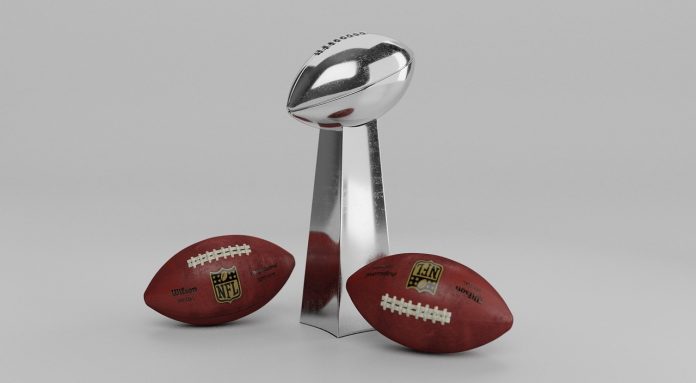 It has already been a long stretch for the National Football League (NFL), and after a long and grueling process, they are now on their 12th week. Many things happened on the field, many expected teams are crumbling, and the top drafts that are expected to run and lead failed to perform.

The NFL regular season, which started last September 10, is about to end by January 3 with few days to prepare for the playoffs until the Super Bowl 15 on February 7. This is the timeline that the association has set, and with this, we still have more time to deliberate and see which team is still worth betting on. You can click here to bet on the Super Bowl.

Is it the time to stick with the crowd favorite, or it’s the time to gamble on a team that can multiply your money? Let’s find out.

Let’s start with the worst-performing teams.

The Jacksonville Jaguars are facing a lot of struggles this year too. The team that once was a candidate for the Super Bowl is now crumbling to pieces. Even though they have drafted top-caliber players in recent NFL drafts, such as CJ Henderson as a cornerback and wide receiver Laviska Shenault Jr, it seems that it’s not enough for the Jaguars to bounce back this season. The current standing is at 1-9, the highest rank at 31 and lowest at 32.

It’s unfortunate that Joe Burrow’s team, the Cincinnati Bengals, are still on the low spot in the current NFL team rankings. Even with a top-draft player like Burrow seems not enough to pull the Bengals up from where they are now. Before the regular season started, a lot of predicament took place, such as Burrow facing an intense NFL campaign if Bengals won’t come up with a strong defense, and we’d like to think it’s coming down that way. The current standing is at 2-7, the highest rank at 30 and lowest at 32.

The Cowboys and the 49ers are in the push and pull program. The Cowboy’s offensive team is much improved the moment they have Andy Dalton back. However, the defensive line is still questionable and struggling at the moment. It’s going to be exciting to see their next match with Washington this Thanksgiving.

While the 49ers, on the other hand, are carefully treading their remaining games this season. Injuries are still on the table and giving them a hard time, but the 49ers are still pushing through. Let’s see how well they perform when faced against the Rams this coming November 30.

NFL power rankings have the Chiefs, Saints, Rams, Packers, and Colts all listed down. No wonder these teams are showing off more than they are expected on the field. It seems that the AFC West title is waving for the Chiefs as Patrick Mahomes’ drive to lead the team is showing off. The Chiefs get back on their feet after losing to Las Vegas Raiders and currently sitting with a 9-1 standing.

The combination of Sean Payton and Taysom Hill made the Saints sit on the 3rd power rank teams. With a current standing of 8-2, the Saints continue to dominate following a strong offense dynamic.

If we’re going to talk about the defensive and offensive line, no team is as capable as the Rams. They solidify their offense by having Jared Goff and Sean McVay while Aaron Donald and Jalen Ramsey anchor their defensive line. The Rams are making their move this NFL season.

Packers, Colts, and Buccaneers are all sharing a tight spot. These teams are eager to win against each other and have reliable spots for both offensive and defensive lines. The question is, who will remain steadfast once they stepped on the field? Currently standing 7-3-0 (Packers), 7-4-0 (Buccaneers), and 7-3-0 (Colts).

The NFL regular season finally took off, and while all the fans are so excited to see their favorite sport, bettors are sitting tight as the regular season is almost about to end. They have only a few more games to cash in and double or multiply their money, so placing their bets wisely on which team performs the best is the key thing to do.

Watch out on the top-performing teams near as they might fall back down, and check on the less performing teams as they eventually work hard to climb the rankings unexpectedly. A lot of things are going to happen before the season ends. That’s why it pays to take an extra look at each game.