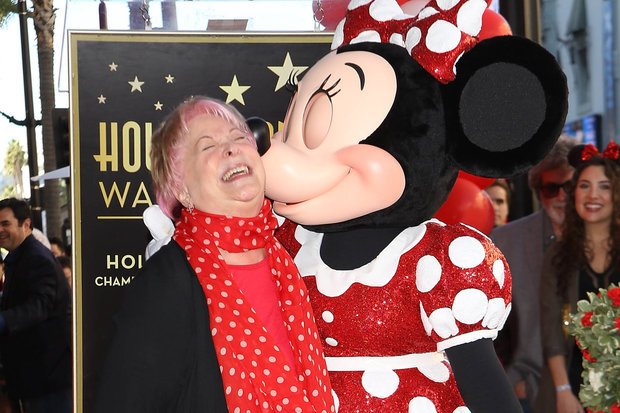 Russi Taylor was an American voice actress. She was best known for providing voice of Disney’s Minnie Mouse for more than 30 years. Russi Taylor net worth before her death is estimated to be $5 million.

Taylor was born on May 4, 1944, in Cambridge, Massachusetts. She started her career as a voice actress in 1980 by providing her voice in TV series “The World of Strawberry Shortcake”. She voiced Huey, Dewey, Louie, and Webby Vanderquack in the television series “DuckTales”, and also in the video game “Donald Duck: Goin’ Quackers”.

Since 1986, Taylor provided her voice-over several animated TV series, films and theme parks featuring Mickey Mouse high-pitched and giggly partner Minnie Mouse. Fans of Simpsons will remember her as the voice of Martin Prince, the twins Sherri and Terri and German exchange student Uter Zorker on more than 100 episodes of the series as well as The Simpsons Movie.

Taylor has voiced Pebbles Flintstone in “The Flintstone Comedy Show” and Smoogle in TV series “The Smurfs”. She has also provided her voice for numerous characters in TV shows and movies like Heathcliff, Pac-Man, Dungeons & Dragons, Kissyfur, Scooby-Doo and the Ghoul School, Widget the World Watcher, What-A-Mess, Mr.Bogus, The Little Mermaid, Bonkers, Clifford’s Puppy Days, Jake and the Never Land Pirates, Who Framed Roger Rabbit, Babe: Pig in the City, Fantasia 2000, Pom Poko and many others.

In addition to that, her voice can also be heard on numerous video games including The Simpsons Cartoon Studio, My Disney Kitchen, Donald Duck Goin’ Quackers, Disney Golf, Disney Sports Football, Disney Infinity 3.0, Disney Magical World, Disney’s Hide and Sneak and many others.

Regarding her personal life, Taylor was married to Wayne Allwine, the third voice of Mickey Mouse, from 1991 until his death in 2009. Taylor and Wayne were both named Disney Legends in 2008.