Home Net Worth Mike Hill Net Worth: How Rich is Cynthia Bailey’s Boyfriend? 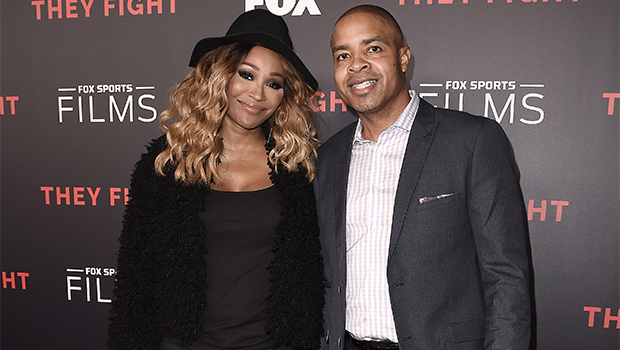 James Michal Hill shortly known as Mike Hill is an American sportscaster who currently works with Fox Sports 1. He has also worked in networks like ESPN and KXAS-TV. As of 2019, Mike Hill net worth is estimated to be $5 million.

Mike Hill was born on August 19, 1970, in The Bronx, New York. He spent most of his childhood in both the Bronx and Alabama. Hill attended the United States Air Force Academy.

Hill began his career as a sportscaster in 1995 working as a sports director at WHAG-TV in Maryland. He got his first anchoring job with KSEE-TV in California. He then worked with WKRN-TV in Nashville where he covered high school football for three years. It helped him to receive two Emmy Awards.

Mike Hill joined ESPN in 2004. He hosted Hill and Schlereth with Mark Schlereth on ESPN Radio and hosted a variety of shows including SportsCenter, ESPN First Take, NFL Live, Baseball Tonight and many more. He worked with ESPN for 9 years leaving the network in 2013.

In 2013, he joined Fox Sports 1 where he guest-hosted Fox Sports Live and Fox Football Daily. Sometimes, Hill also contributes to the coverage of college basketball. In 2013, he began hosting America’s pregame but the show was canceled in September 2015.

Apart from being the sportscaster, Hill is also the CEO of Thrill of Entertainment. The production company offers multimedia productions on television, internet radio, and print projects. Hill also gave his voice in the audiobook ‘Power, Money, and Sex’ an autobiography by Deion Sanders.

Related  Mitch Petrus Net Worth: How Rich was the NFL Player Actually?

Regarding his personal life, he is engaged to Real Housewives of Atlanta star Cynthia Bailey. They started dating in October 2018 and it will be the second marriage for both Cynthia Bailey and Mike Hill.