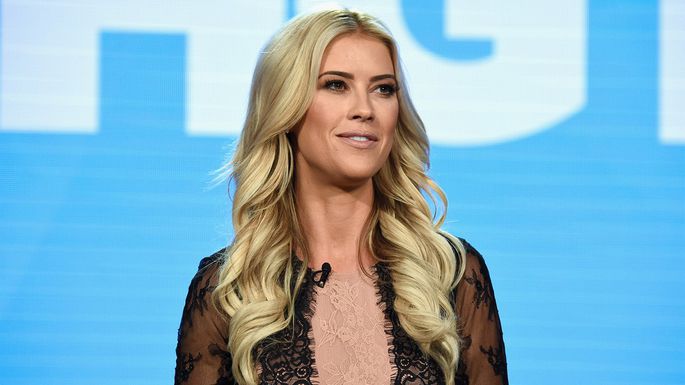 Christina Anstead or Christina El Moussa is an American real estate investor and Television star known for starring in a show “Flip or Flop” alongside her husband Tarek El Moussa. As of 2019, Christina Anstead net worth is estimated to be $5 million.

Born on July 8, 1983, in Orange County, California, Christina went to school in southern California and began working in real estate business after graduating from college. It was in college where she met her future husband Tarek El Moussa. The lovely couple married for the first time in 2009.

The couple started their real-estate business opening an agency called “Tarek and Christina: The El Moussa Group” in Orange County. The El Moussas and their business partner, Pete De Best bought their first investment in Santa Ana for $115,000 where they got a profit of $34,000. The trio expanded their business and continued to flip houses. Their business expanded from Arizona to Nevada.

In 2012, HGTV signed the couple to a regular weekly program that shows the process of buying a property and renovating it. Christina mainly handles the designs of new spaces and keeps everything on schedule. She has starred in over 100 episodes of ‘Flip or Flop’ through 2018.

In 2017, Christina and Tarek filed for divorce. Together they have two children, a daughter named Taylor Reese El Moussa and a son named Brayden James El Moussa.

Related  Drake's Net Worth and How He Makes His Money

After her divorce, she got in a relationship with English Television star Ant Anstead. After dating for almost a year, they decided to get married. On December 22, 2018, she married Ant Anstead at Newport Beach, California and officially changed her name to be Christina Anstead. Recently, she announced on her Instagram that she and her husband are expecting their first baby boy.