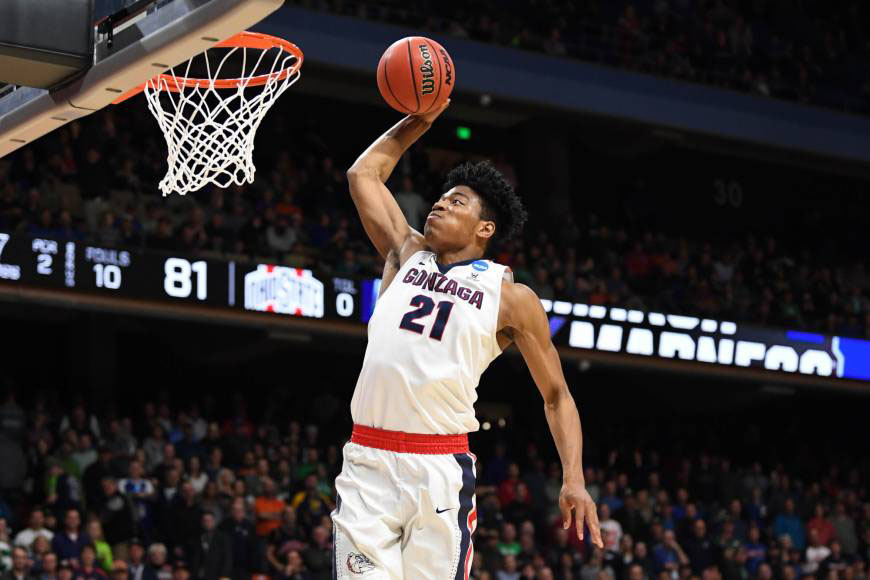 Who is Rui Hachimura?

Rui Hachimura is a Japanese basketball player who currently plays for the Gonzaga Bulldogs of the West Coast Conference (WCC). He plays in the forward position and is also an important player for the Japanese national team.

Hachimura was born on February 8, 1998, in Toyama Prefecture of Japan which makes him currently 21 years of age. His mother is Japanese whilst his father is Beninese. He studied at Meisei High School where in the year 2013, they would be the winners in the All-Japan High School Tournament.

He played a big hand in that win and would also lead them into a win the next year in 2014 as well. After finishing up in the high school, he would become a recognized player there helping them win three straight All-Japan High School Tournament titles.

On November 21, 2015, Hachimura made the commitment that he was signing for the Gonzaga Bulldogs. By this time, the news was already flooded in the U.S. that Hachimura was arguably the best international player of his age group right now.

There were some critics who did mention that the difference in culture and language could have an impact in terms of the overall team performance. Hachimura has been working continuously to improve his English in order to have a better rapport with his teammates in order to avoid any miscommunications.

He would officially become only the fifth Japanese-born player to ever play in the NCAA Division I basketball. The very next year at the early stages of that year, his team would go on to win the West Coast Conference(WCC). In the 2017-18 season, he would be named as the most valuable player. He has been making strides this year as well being named as the 2019 WCC Player of the Year.

Related  Masai Ujiri Net Worth- How Rich is President of Toronto Raptors?

In terms of his national responsibilities, he started playing for the national team at the 2013 FIBA Asia U16 Championship in Iran. The next year he played at the Albert-Schweitzer-Tournament in Germany with Japan’s under 18 National Team. He performed impressively against the U.S. team where he alone scored 25 points. In 2017, he went on to compete at the 2017 FIBA Under-19 Basketball World Cup where he averaged team-bests 20.6 points and 11.0 rebounds a contest.

His net worth is still under review while his salary is also still not available at this moment.

His entrance into the NBA could well make him one of the biggest celebrity names in Japan. Currently, he is in the same line as top players like Duke’s Zion Williamson, Murray State’s Ja Morant, and Tennessee’s Grant Williams. These players are said to be the future of the NBA and him being in the same line with such players in itself shows that he is one player to watch out in the coming days.

An interesting fact is that his name Rui has the meaning of “baseball base” in his native language.  Growing up, as a child, Hachimura played a lot of baseball. However, later on, he grew more and more interested in basketball.