Home Net Worth Philip Mould Net Worth: How Much is the Art dealer Worth Actually? 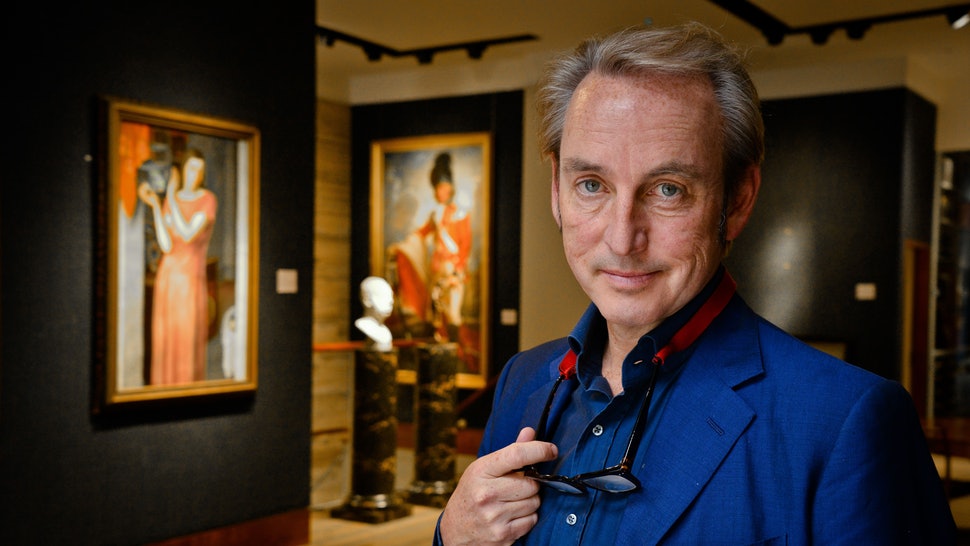 Philip Mould is an English art dealer, writer, and television personality. He is best known for co-presenting the BBC television program ‘Fake of Fortune’. As of 2019, Philip Mould net worth is estimated to be $20 million.

Philip Jonathan Clifford Mould was born in March 1960, in Wirral, England. He went to Kingsmead School followed by Worth School and the University of East Anglia where he graduated with a BA in History of Art in 1981.

From an early age, Mould developed an interest in antiques. Her mother would let him visit antique shops. Mould made friends with the owner of a local antique shop, who taught him to read hallmarks on silver when he was only 11 years old. By the age of 14, he was dealing in antique silver.

As an art dealer, he has sold his works to public institutions such as The Metropolitan Museum of Art, National Portrait Gallery, Museum of Fine Arts Boston, The Huntington, and the Royal Albert Memorial Museum.

From 1988 to 2010, he acted as honorary art adviser to the House of Commons and the House of Lords. He is the president of the charity Kids in Museums, president and ex-chairman of Plantlife International, and a trustee and director of The Tony Banks Memorial Trust for the acquisition of historical works for museums.

Moreover, Philip is also seen presenting some of his works on television shows. He presented the Channel 4 series ‘Changing Faces’. In 2011, he began co-hosting television program ‘Fake of Fortune?’ along with Fiona Bruce. The show is one of the popular among the art shows.

Mould is also the author of two books titled ‘Sleuth: The Amazing Quest for Lost Art Treasures” and “Sleepers: In Search of Lost Old Masters”. For his contribution in the art, he was created OBE in 2005 New Year Honors list.

Regarding his personal life, Philip is married to Catherine Mould. Together, they have a son named Oliver. They live in Kensington, London and a seventeenth-century manor house in Oxfordshire.