Home Net Worth Oliver Luck Net Worth: How Rich is the CEO of XFL Actually? 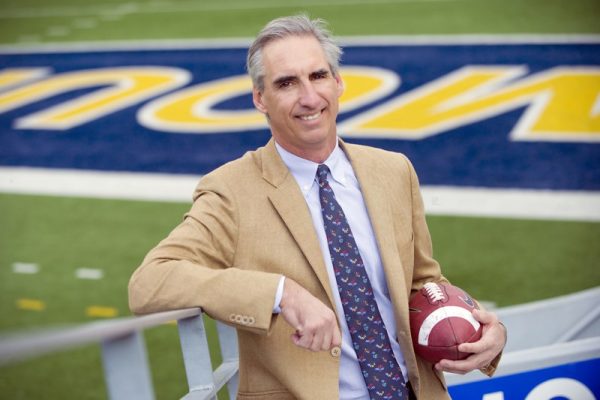 Oliver Luck is an American business executive best known as the CEO and Commissioner of XFL. He is also a former football quarterback and a father of Indianapolis quarterback Andrew Luck. As of 2019, Oliver Luck net worth is estimated to be $10 million.

Oliver Luck was born on April 5, 1960, in Cleveland, Ohio. He went to St. Ignatius High School where he was a top quarterback. In his freshman season, he had 151 yards passing and five interceptions but in sophomore season, he passed for 1,292 yards and eight touchdowns. He also rushed for 407 yards and five touchdowns.

Oliver Luck was selected in the 2nd round by the Houston Oilers in the 1982 NFL Draft. He played mostly as a back-up during his first two seasons. He was a teammate of quarterback Archie Manning during the 1982 and 1983 season. In 1984, he played as Warren Moon’s back-up for the majority of the season. In 1986, his final season in NFL, he completed 31 of 50 passes for 341 yards with one touchdown and five interceptions.

After retiring from football as a player, he became general manager of the Frankfurt Galaxy of the World League of American football. He was in that position for two years till 1993. In 2001, he was sworn in as CEO of the Houston Sports Authority. Prior to that, he was a top-ranking executive with the NFL for more than 10 years where he served as the Vice President of Business Development of NFL Europe.

On June 5, 2018, Oliver Luck was selected as the XFL’s league commissioner and CEO.

Regarding his personal life, he is married to Kathy Wilson. They have four children together named Andrew, Mary Ellen, Emily, and Addison. Andrew Luck is now a retired football player who played at Indianapolis Colts in the NFL.