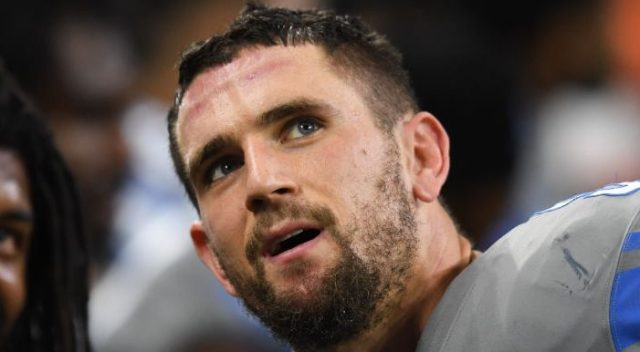 Paul Worrilow is an American football linebacker who is currently a free agent. Paul has played with teams like Atlanta Falcons, Detroit Lions, and Philadelphia Eagles in NFL. As of 2019, Paul Worrilow net worth is estimated to be $5 million.

Worrilow was born on May 1, 1990, in Wilmington, Delaware. He is the second youngest of four boys. His oldest brother Mark played in Aztec Bowl in 2009 and was a captain of the Division III Ursinus Bears football team. His younger brother James is also a football player who plays as a defensive lineman.

Paul went to Concord High School where he led his team Concord Raiders to the 2006 state Division II title. He made the 2006 First Team All-State on both offense and defense. He was also named Delaware’s “2007 Defensive Player of the Year”.

Paul Worrilow was signed as a free agent in the 2013 NFL Draft by the Atlanta Falcons. He was moved into the starting strongside linebacker position. He finished 2013 NFL season as the Falcon’s leading tackler. In 2016 season, Worrilow helped Falcons to reach Super Bowl LI where they played against New England Patriots. Unfortunately, they lost the match in a 34-28 overtime defeat.

Related  Candy Ken Net Worth: How Rich is Austrian Rapper in 2019?

In 2017, he signed with the Detroit Lions followed by Philadelphia Eagles a year later. On January 30, 2019, he signed a one-year contract extension with the Eagles. He was released on August 18, 2019.

On August 23, 2019, he signed with Baltimore Ravens but requested his release from the team the next day to decide his future in the NFL.