Home Net Worth Grant Thompson Net Worth: How Rich was The King of Random? 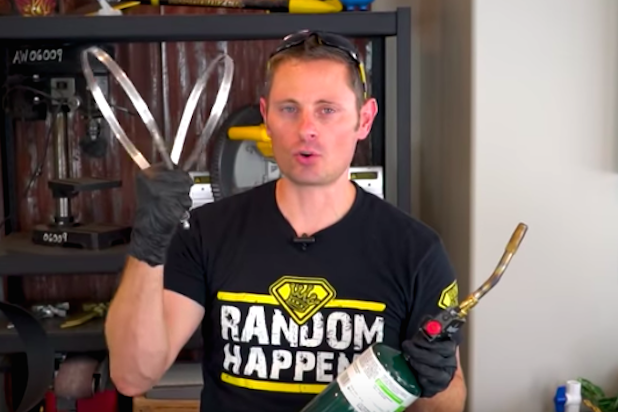 Grant Thompson was a Canadian YouTube and Internet star best known for his YouTube channel ‘The King of Random’. Grant Thompson net worth before his death is estimated to be $7 million.

Thompson was born on November 21, 1975, in Canada. He once told Jimmy Fallon on the Tonight Show that, he had a childhood dream of becoming like McGuyver. He was inspired to make creative videos by the videos created by Kipkay of Make Magazine. Prior to that, he had started his own real estate business.

Some of the popular videos from his channel are: “How To Make Lego Gummy Candy”, “How To Open Coconuts Without Any Tools”, “Self Freezing Coca-Cola”, “How To Make a Laser Assisted Blowgun”, “How to Make Magic Mud from a potato” and many more. All of these videos have received more than 20 million views.

Thompson once said that he draws inspiration from his surroundings and people around him. He described his work as a cross between McGuyver, James Bond, and the Myth-Busters.

Apart from being popular on YouTube, he was also a businessman. He had built his own real estate business. He also owns an online store where one can buy apparel, project kits, fidget spinners, etc.

Regarding his personal life, Thompson was married to his longtime sweetheart. Unfortunately, his wife is not known to us. Thompson and his wife have four children together.

On July 29, 2019, Grant Thompson died in a paragliding accident just at the age of 38. In a statement to TMZ, his brother Mark said that Thompson went paragliding Monday evening, but never returned home.

The King of Random Instagram Page published a statement saying “It is with great sadness to inform everyone that Grant Thompson passed away last night. Grant’s legacy will live on in the channel and the global community he created”.