Who is Patrick Mahomes?

Patrick Mahomes is an American football quarterback who currently plays for the Kansas City Chiefs of the National Football League. He is the son of Pat Mahomes, a former MLB pitcher. Patrick is considered one of the emerging players in the NFL.

Patrick played high school football at Whitehouse High School in Texas. He then played his college football and baseball with Texas Tech University. In 2016, he decided to leave baseball and focus entirely on football.

Mahomes was drafted by the Kansas Chiefs with the tenth overall pick in the 2017 NFL Draft. Chiefs is his first professional NFL team and is playing there currently.

He was rated three-star football recruit and was ranked as the 12th best dual-threat quarterback in his class by Rivals.com.

He was named MaxPreps Male Athlete of the Year for 2013-14 at Whitehouse High School.

Patrick is the youngest quarterback to throw for six touchdowns in a game (22 years, 264 days).

He was given the Sammy Baugh Trophy and was named an Academic All-American 2nd team by the College Sports Information Directors of America. 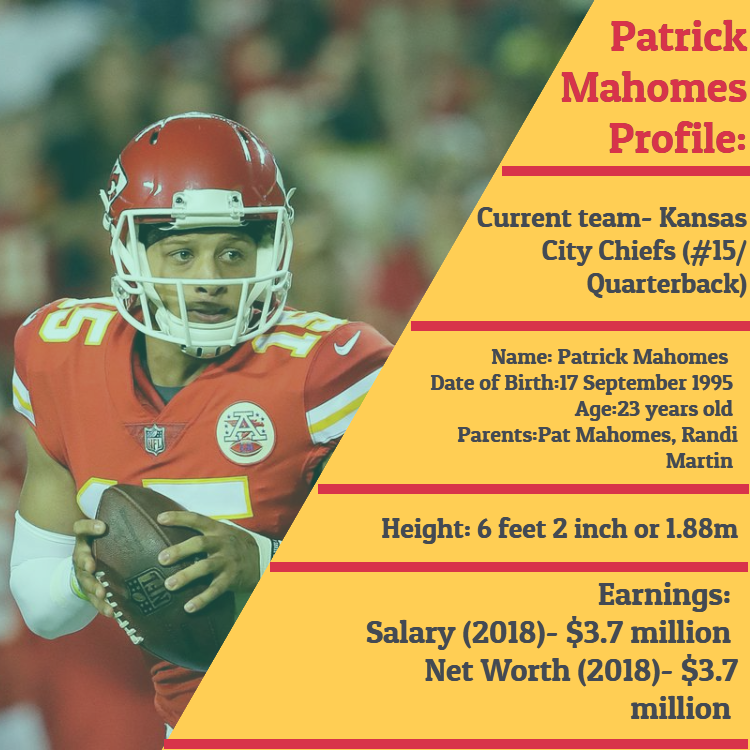 His height compared to other players

Patrick Mahomes Net Worth and Earnings