Who is Mike McCarthy?

Mike McCarthy is an American football coach best known for coaching the Green Bay Packers of the NFL from 2006 to 2018. He led Packers to a win in a Super Bowl XLV.

In 1993, he began to work with Kansas City Chiefs where he stayed there for two years as an offensive quality control assistant and then became quarterbacks coach. In 1999, Packers released the entire coaching staff and Mike became the offensive coordinator of the New Orleans Saints. He stayed in that position for five seasons and was picked as NFC Assistant Coach of the Year by USA Today in 2000.

McCarthy’s next job came as an offensive coordinator for the San Francisco 49ers. In 2006, he returned back to Green Bay Packers where he was offered the head coaching position. His record was outstanding after he led Packers to 8-1 record in the first 9 games of the 2007 season. That year, he was voted second for The Associated Press Coach of the Year award losing to Bill Belichick. On January 19, 2008, he signed a five-year contract extension which raised his salary to $3.4 million a year.

2010 was a big year for Green Bay Packers and Mike McCarthy as they defeated Pittsburg Steelers 31-25 to win their fourth Super Bowl and their 13th NFL title overall. In 2014, he recorded his 99th win passing Hall of Famer Vince Lombardi for the second on the Packers’ all-time win list, behind Hall of Famer Curly Lambeau (212). 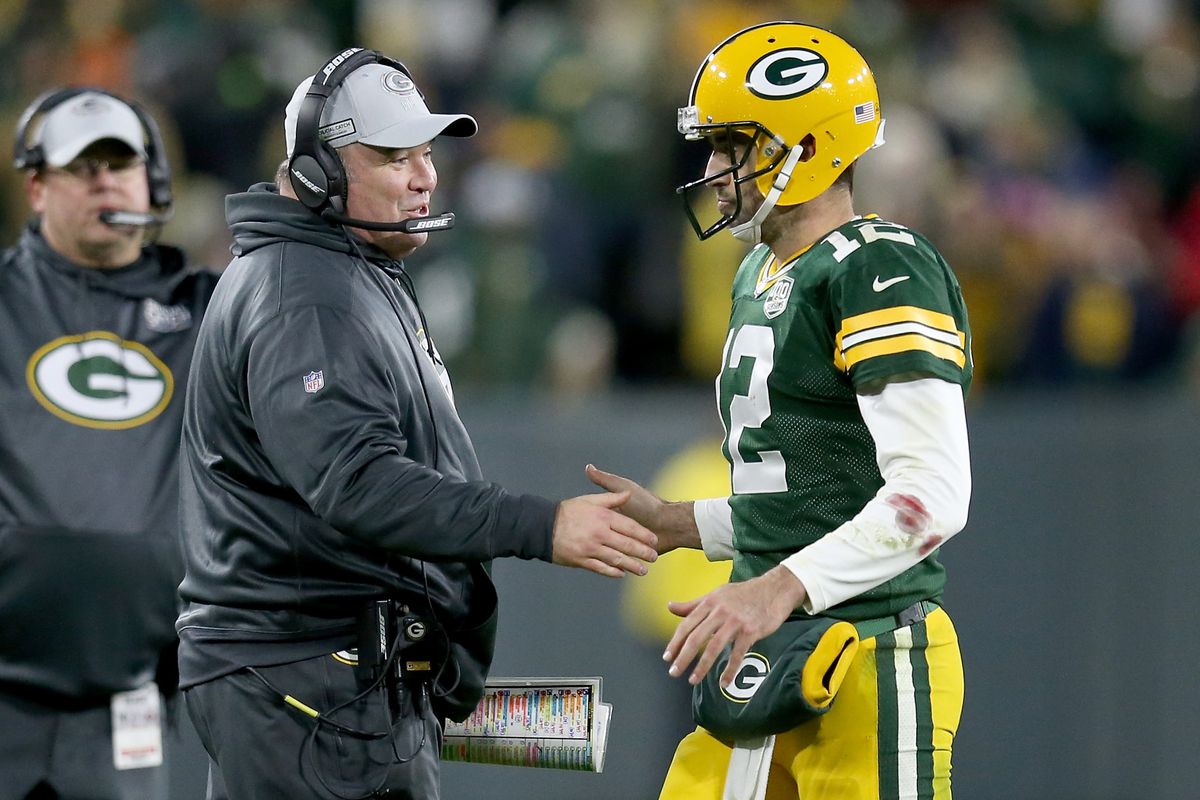 There is no exact data available for Mike’s height. However, when compared to Aaron Rodgers who stands 6 feet 2 inch or 1.88 m tall, we can say that Mike may be a little short than him. What we can tell is that his height might range in between 5’10” to 6’1”.

Who is Mike McCarthy Wife?

Mike was involved in a relationship with a woman Christine since their high school. They decided to get married in 1990 and then welcomed their first and only daughter named Alexandra Noel McCarthy in 1992. Unfortunately, their marriage went different ways and they were legally separated in 1995.

After being single for a long time, he married Jessica Kress in 2008. With Jessica, he has two more daughters named Gabrielle who is now seven years old and Isabella Conroy who is now four years old. He also has two children from Jessica Kress’ previous marriage. Overall, Mike has five children together.

Related  Ron Rivera Net Worth: How Rich is the Former Coach of Panthers?

Mike McCarthy Net Worth and Salary

On 2008, Mike signed a contract with Green Bay Packers which earned him a salary of $3.4 million a year. On January 2018, he signed a deal until 2019 with a salary of $6 million per year. Calculating those figures, Mike has earned more than $20 million during his time at Packers. Regarding his net worth, Celebrity Net Worth estimates his net worth to be only $7 million.