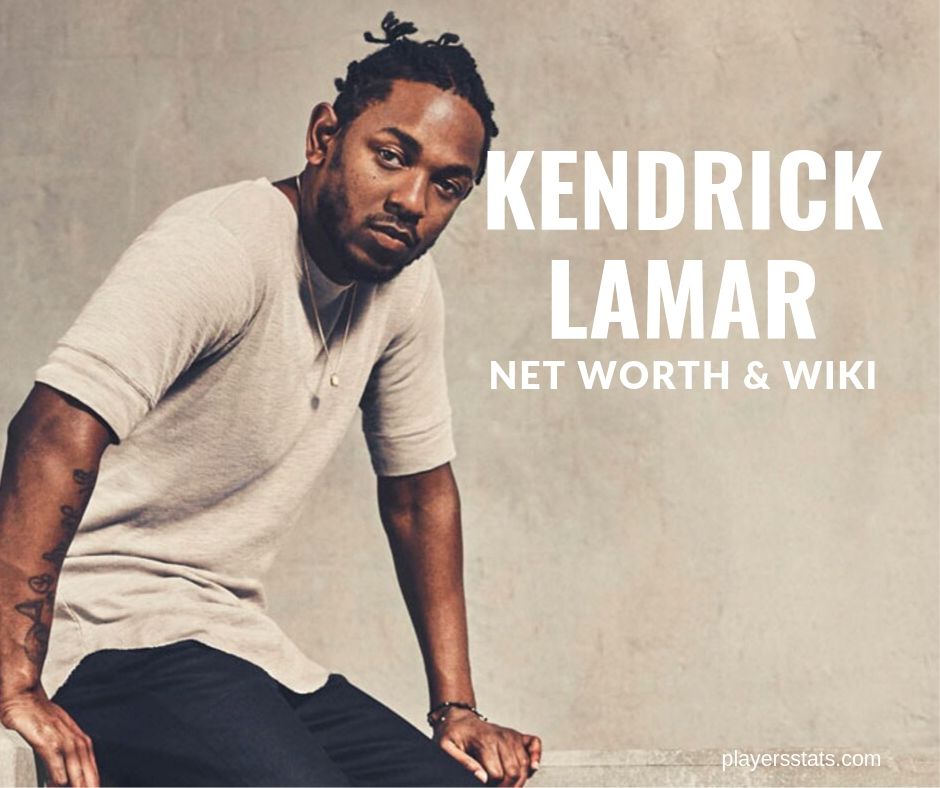 Lamar is a rapper and songwriter currently signed to the record label Aftermath owned by Dr Dre.

He was born in Compton, California and grew up in a modest family. His love for music started when he saw the filming of the music video California love and quickly took an interest in becoming a rapper himself.

In 2004, Lamar started recording with his local hometown label Top Dawg Entertainment. Training Day, his first mixtape, was released shortly after and was highly successful in the local scene.

This success led to him opening of some of California’s biggest rappers such as The Game and Jay Rock.

He was officially signed to Aftermath Entertainment in 2010 and has released three studio albums. Over his fourteen years in music, Lamar has won thirteen Grammy awards and sold over ten million records worldwide.

He cites DMX, Tupac Shakur and The Notorious B.I.G. as some of his musical influences. You can hear him pay homage to them in his musical works.

Kendrick is of below-average height. He stands at 5’6’’ which puts him in the same height class as fellow rappers Lil Wayne and Big Boi.

Related  Octavio Dotel Net Worth: How Rich is the Baseball Player Actually?

Lamar often jokes about his height and says that he wishes he was taller. Despite being of miniature stature, he is well-respected in the music industry with legends such as Snoop Dogg and Dr Dre positively commending him for his work.

Lamar has a net worth of $75 million. In 2018 alone he earned over $60 million. He makes most of his money from his musical works, not only as a rapper but also as a music producer. His album Damn went double platinum upon released and continues to sell to this day.

He also features in other artists works such as Taylor Swift in the Bad Blood remix, Beyonce in Nile among many others. The royalties he receives contribute immensely to his growing wealth.

He has also contributed to the writing and production of film soundtracks such as Black Panther and the more recent Lion King.
He also makes significant amounts through his various endorsement deals.

Some of the brands he endorses include American Express, Windows Phone, Beats by Dre, Airbnb among many others. He is also under contract with Nike and will be an ambassador for one of their sneaker lines.

Tours and concerts are also an income generator for Lamar. He has headlined five sold-out tours and was also part of Kanye West’s Yeezus tour.

Lamar has risen to become one of Hip Hop’s most sought after and recognized artists. His sleek delivery and conscious music resonate with most of the youth in the world. Through his music, he has been able to meet some of the world’s most influential people, including former president Barack Obama.