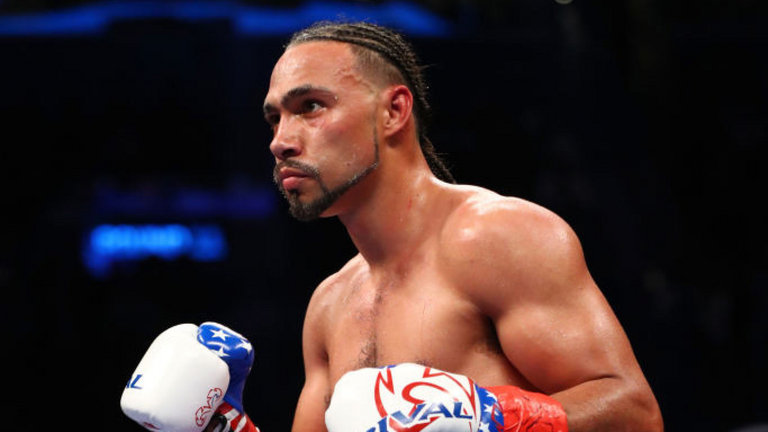 Who is Keith Thurman?

Keith Thurman is an American professional boxer, also known as “One Time” for his amazing knockout ability. He is considered one of the hardest punchers in the welterweight division.

Thurman was born on November 23, 1988, in Clearwater, Florida. As a child, he got training from Benjamin Getty who mentored and coached him. This would shape his childhood into the path of being a boxer. He would then start his amateur career when he was only 9 years old.

He would finish his amateur career showing dominance in knockouts. In total, he had 76 KO’s in his 101 victories where he also impressively won 6 National Championships. His professional career would begin when he was only 18 years old in a light middleweight match against Kensky Rodney which he won with a 1st-round KO.

Over the years, he would develop a reputation for his knockouts and that is where the nickname of “One Time” would come from as well. Some of his memorable knockouts include the brutal knockout of Carlos Quintana in 2012 which would lead to his win of the WBO NABO super welterweight title and Quintana’s retirement from professional boxing after the loss.

He has defeated the lights of Julio Diaz and Robert Guerero and received compliments after the fight out of respect for Thurman. Diaz was so badly hurt by a body shot that he had to give up. That was a first in his career. After his elevation into the full WBA welterweight championship, he knocked Guerrero down in the 9th round. Thurman who ended up with $1.5 million after the fight left a positive image on Guerero who mentioned him to be one of the best.

Related  Steve Rolls Net Worth- How Rich is the Canadian Boxer Actually?

He also had a well-known fight with Garcia, which is the fight that has grossed the most money for him in a single match with a purse of $2 million. The fight averaged 3.74 million viewers. He has had a surgery that has been taking him out of action for some months because of an injury to his right elbow. As a result, he also had to vacate his ‘Regular’ title, which meant Thurman was now their only belt-holder at welterweight.

Thurman has an estimated net worth of $9 million. He has had some big fights that have helped him to have millions in purse money. Yet, it seems that the truly big paychecks are still to come.

He is set to face Manny Pacquiao, the 40-year-old veteran coming July. There are already reports that Pacquiao is set to make at least $20 million from the fight. If Thurman can pull off a win, that might lead to his largest paycheck until now and a transition into being the new face in the world of boxing.

Thurman married Nepali women called Priyana Thapa in 2017. The marriage happened in Nepal in a traditional ceremony. The two had met when they were in Japan.

Pernell Whitaker Net Worth: How Rich was Legendary Boxer Actually?