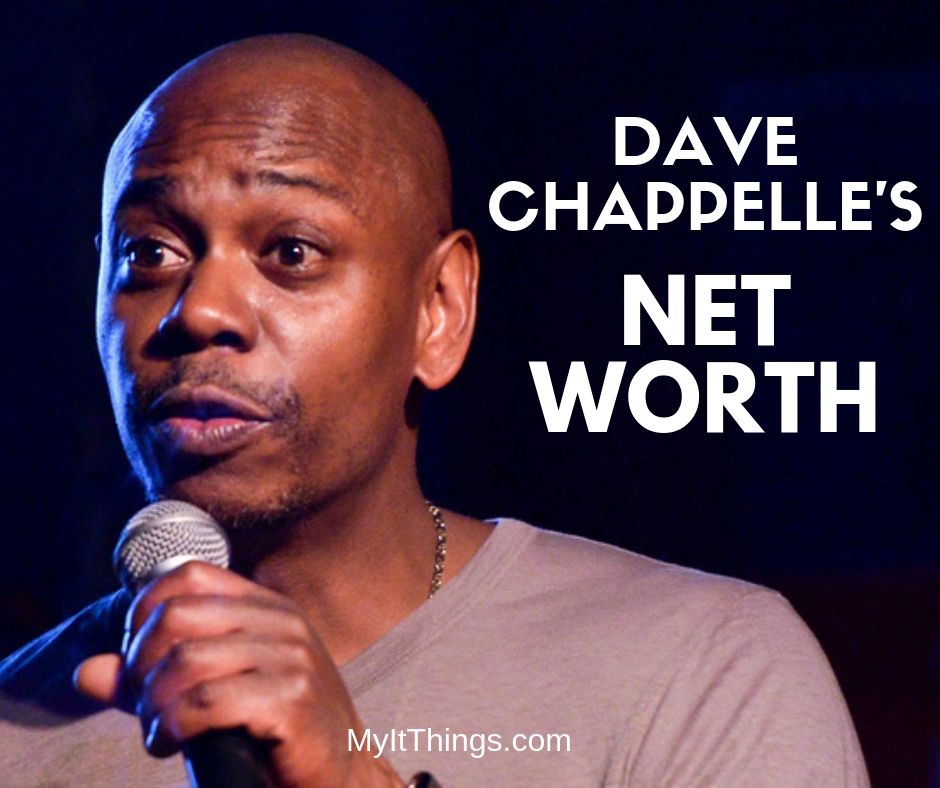 Who doesn’t know the famous comedian’s comedian known as Dave Chappelle? The American standup comedian turned actor, producer, and screenwriter might not be as big of a renaissance man as his other comedian contemporaries.

However, as he honed his craft, he’d gotten sweet multi-million-dollar deals with TV channels and film companies who wish to ride his popularity and showcase to the world his talents.

Dave grew up in Silver Spring, Maryland. He also attended Woodlin Elementary. His politically active parents were professors in universities and had famous house visitors like Johnny Hartman and Pete Seeger.

Hartman predicted that Dave will be a comedian. Dave’s comic inspirations were Richard Pryor and Eddie Murphy. In 1991, he graduated from the Duke Ellington School of the Arts under their theater arts course. 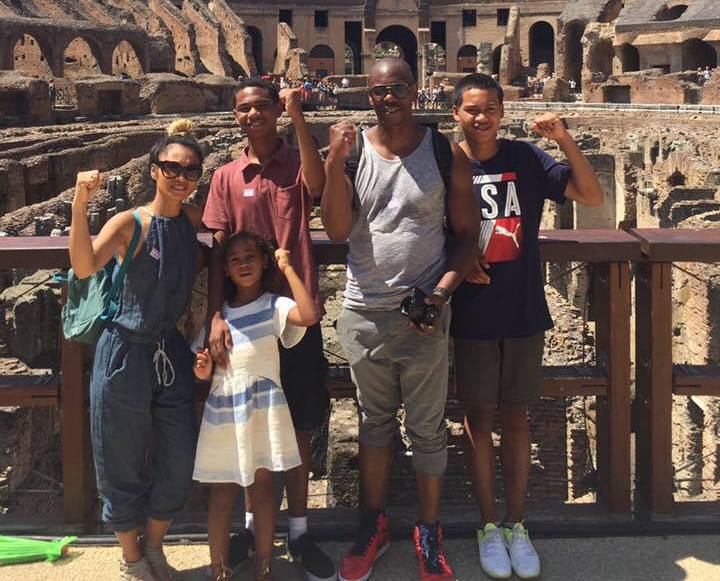 Dave went to New York to pursue standup comedy full-time. He performed on Amateur Night at the Apollo Theater, but was booed off the stage. He kept working and improving his craft though, allowing him to do better as he performed comedy in the New York club circuit. When he made his film debut in “Robin Hood: Men in Tights”, he was only 19 years of age.

However, he really got his big break through “Chappelle’s Show” in 2003 on Comedy Central. The show was so successful that he was offered $55 million to continue it for 2 more years, but he turned down the offer and went to Africa for some soul searching. Regardless, he recently came back, hosted Saturday Night Live, and is about to reach a net worth equal to the money he turned down all those years ago.

How Does Dave Chappelle Make Money?

Dave Chappelle makes money by being a highly sought after comedian, actor, and producer of his own specials. Throughout his career, he was able to land multi-million-dollar deals with television channels and even streaming services like Netflix for the right to show his comedy acts, shows, skits, and standup.

He has also gotten paid by acting or starring in various films and shows as well. For “Chappelle’s Show”, he signed a $50 million contract but turned down the $55 million one in 2006. For “Undercover Brother”, he earned $1 million. For Blue Steak, it was $692,905. For Crank Yankers, it was $1.4 million.

Here is a list of Dave Chappelle’s money sources.

Dave does standup tours all across the country and television specials such as the following.

Dave has also starred or had a role in a number of films and television shows, which include the following.

Dave has also done commercials for Right Guard Xtreme Sports Television and Pepsi. According to sources, it’s estimated that he earns an average of $200,000 for various brands and promotions.

How Much Does Dave Chappelle Make In A Day?

Houses And Cars Of Dave Chappelle 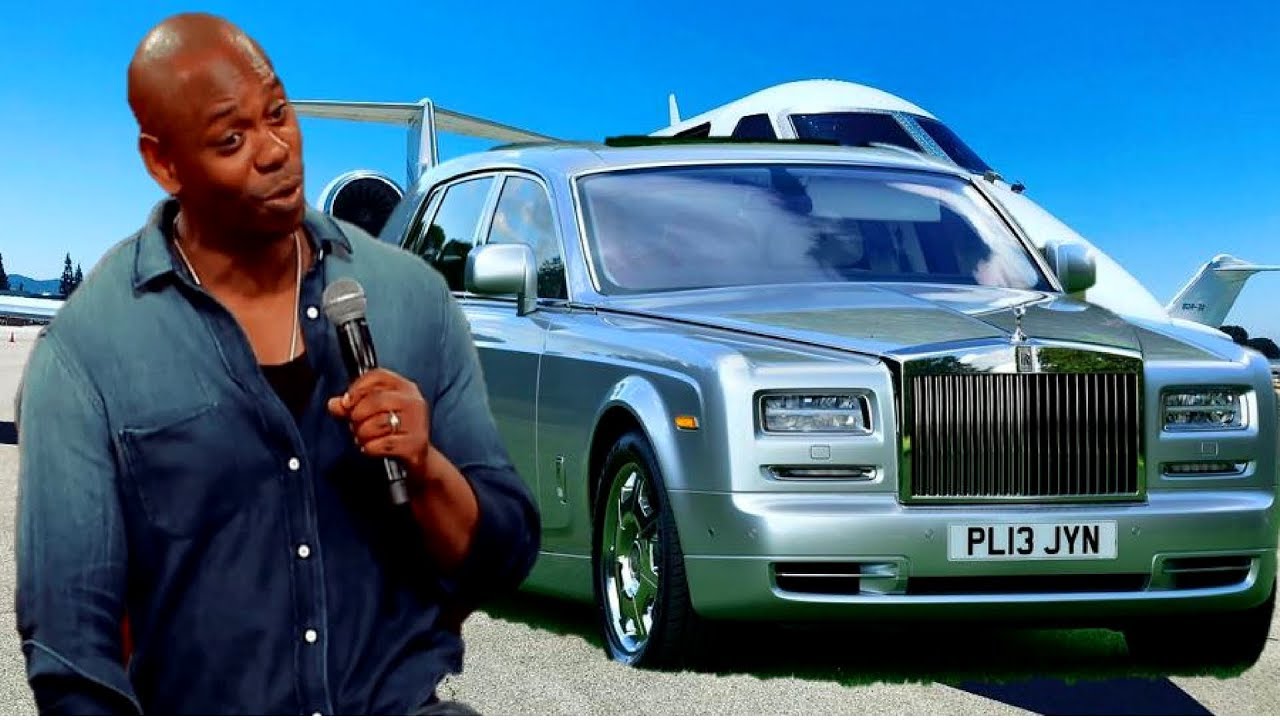 Even up until this day, people keep asking Dave Chappelle why he turned his back on “Chappele’s Show” and millions of dollars in cash just to go back to South Africa on some sort of pilgrimage and sabbatical for the sake of self-realization.

The same Dave Chappelle that brought us timeless comedic skits as “I’m Rick James, bitch!” and “Does Wayne Brady have to choke a bitch?” is also the same Dave that realized Comedy Central was turning him into another cog in their money machine that keeps on turning and turning with or without him.

Talent finds a way to shine through so if you want to be a success, you might as well do it on your own terms. His net worth might have stagnated for a little while but now he’s back and making huge bucks all the same without losing his smile. 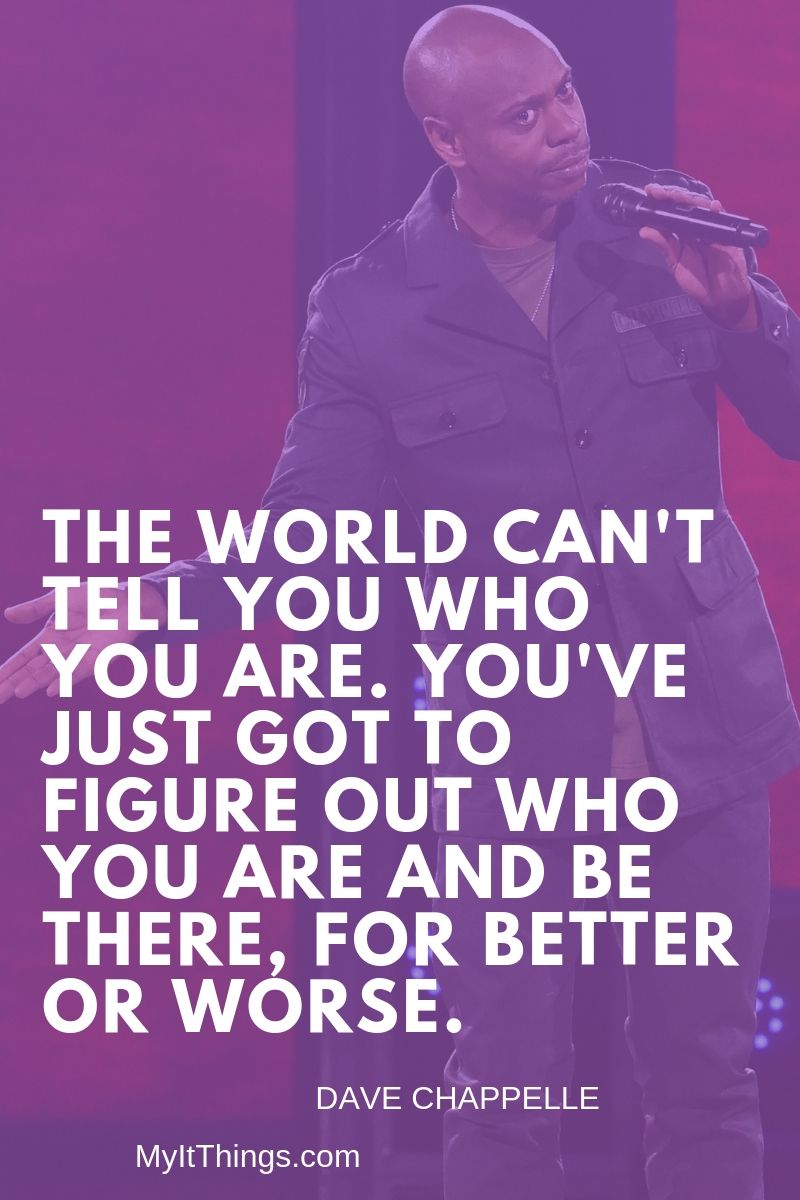 The world can’t tell you who you are. You’ve just got to figure out who you are and be there, for better or worse. 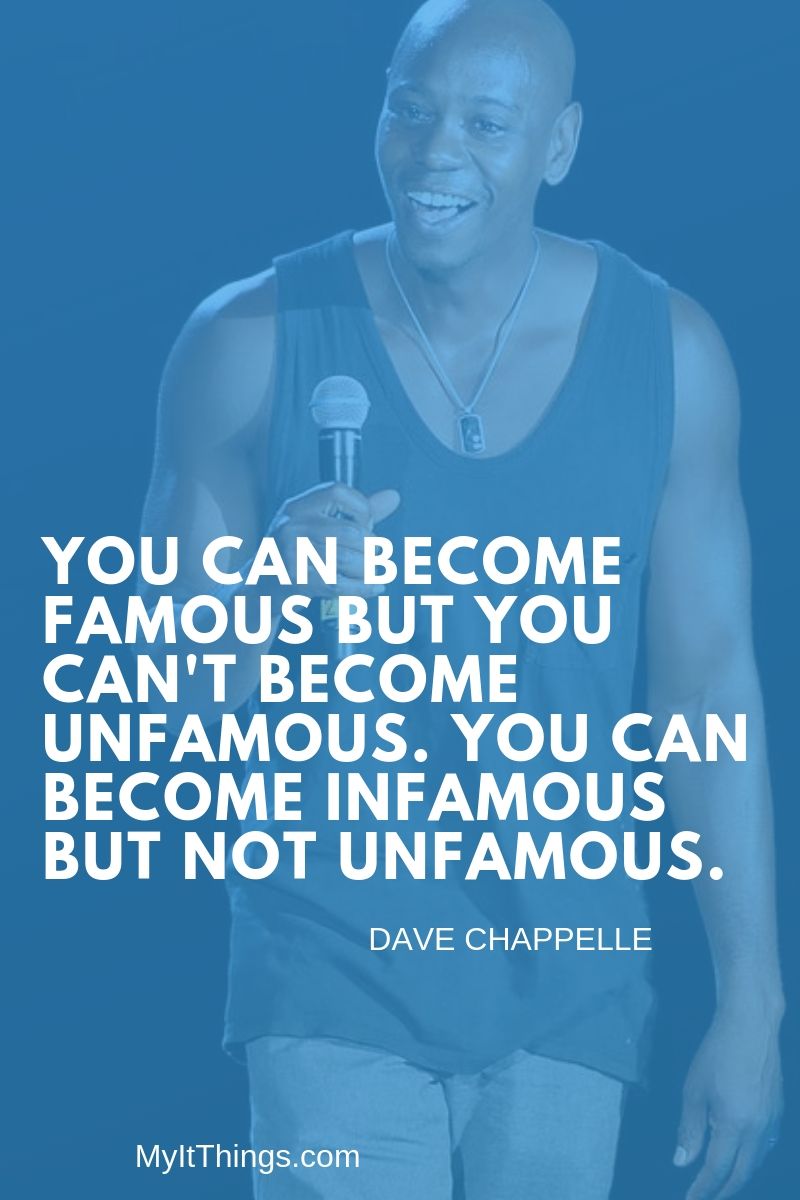 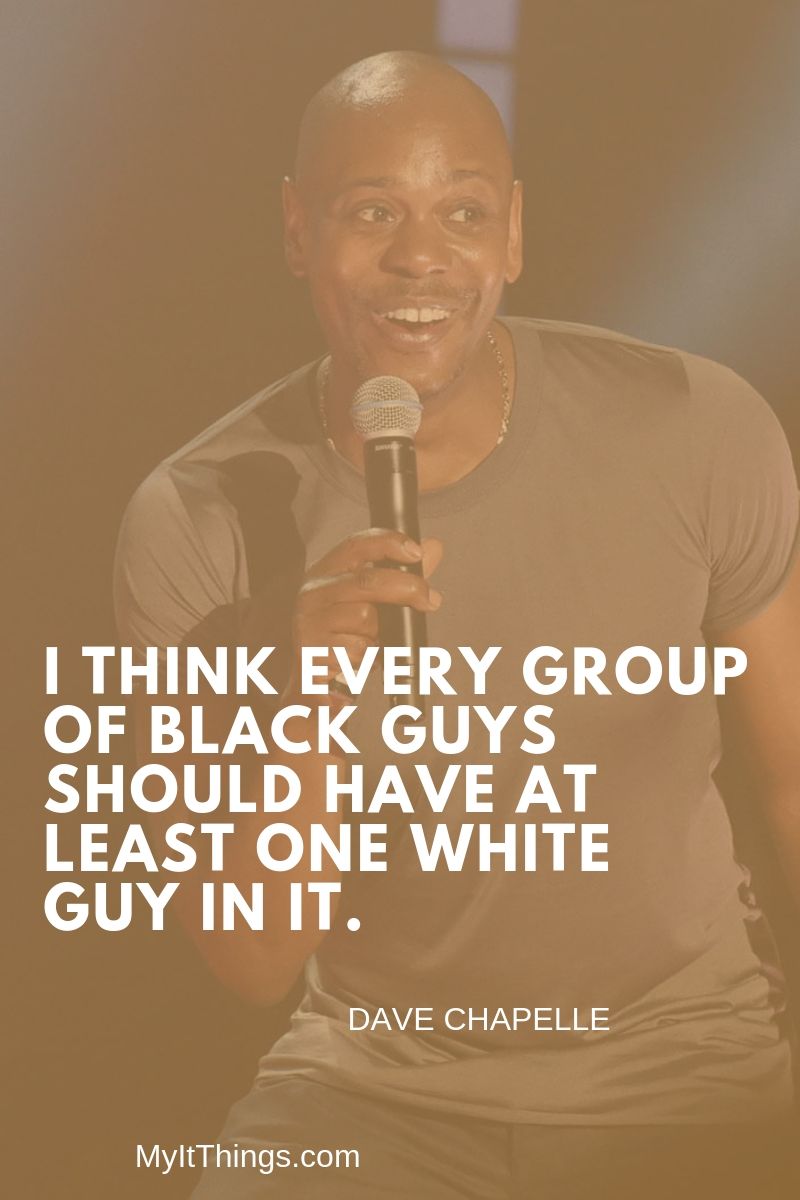 I think every group of black guys should have at least one white guy in it. 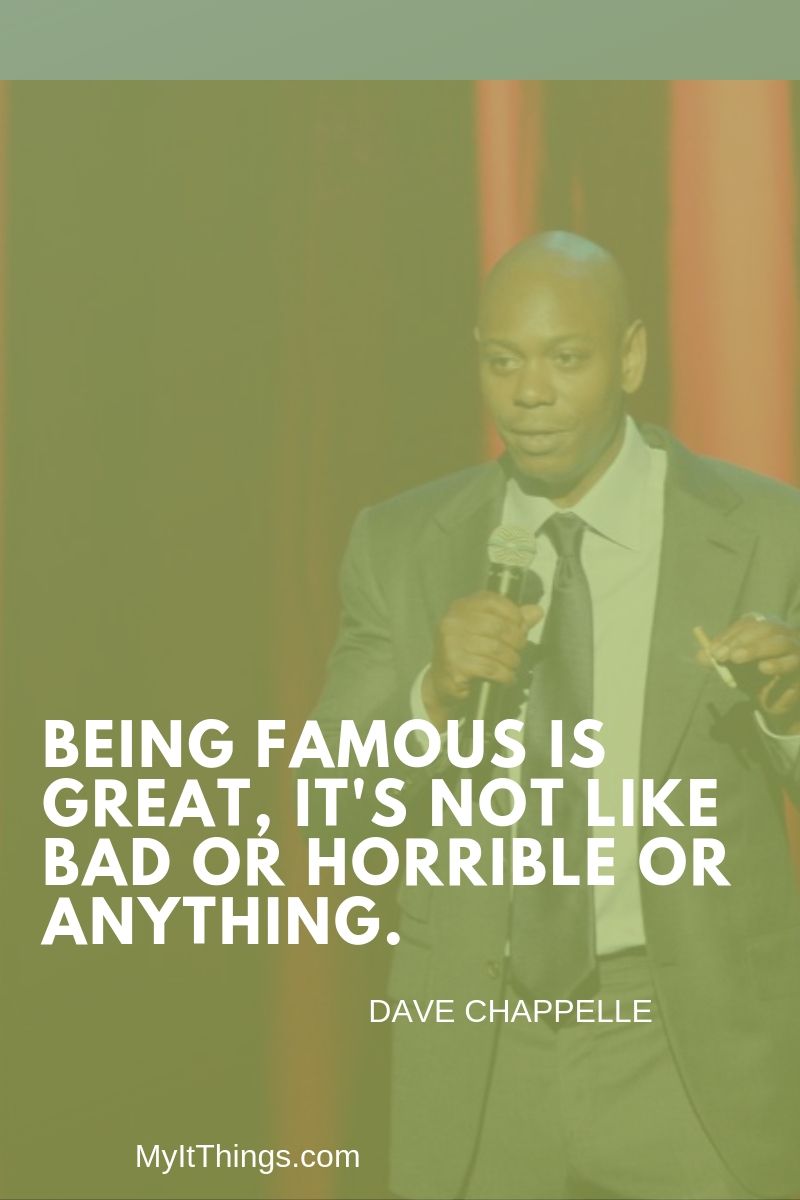 Being famous is great, it’s not like bad or horrible or anything. 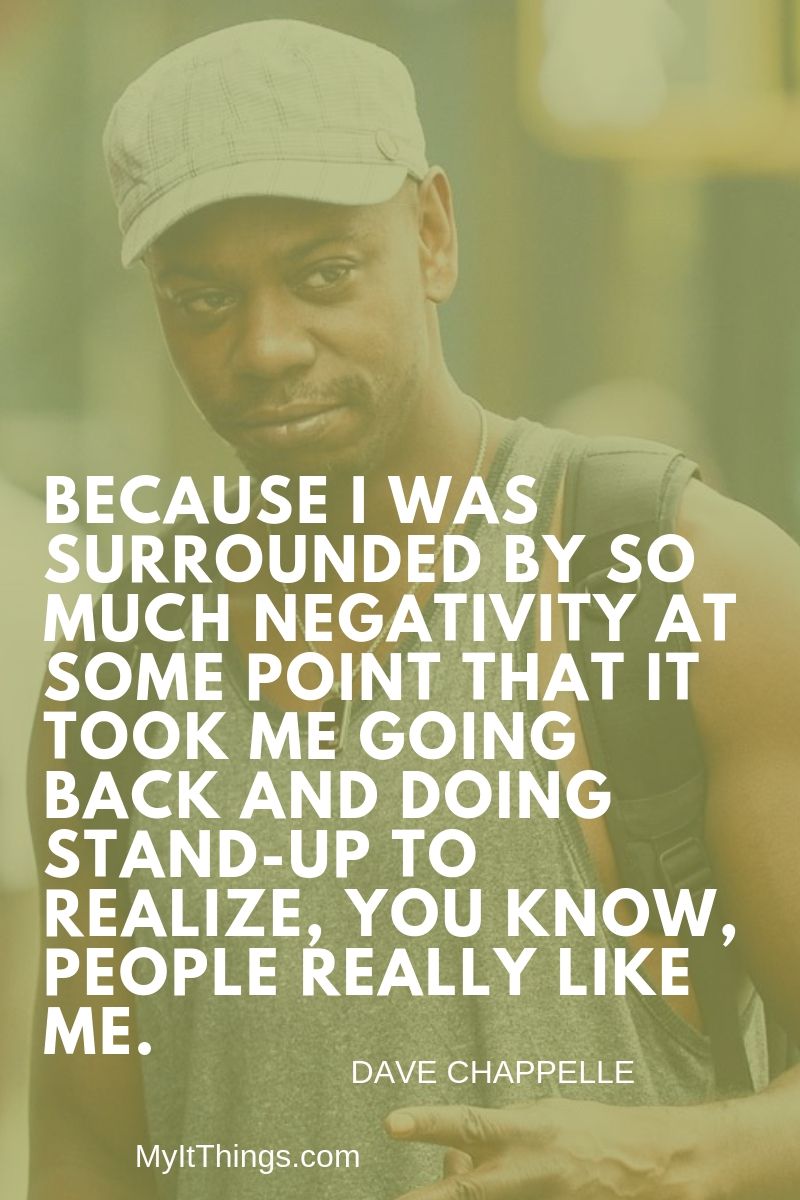 Because I was surrounded by so much negativity at some point that it took me going back and doing stand-up to realize, you know, people really like me.