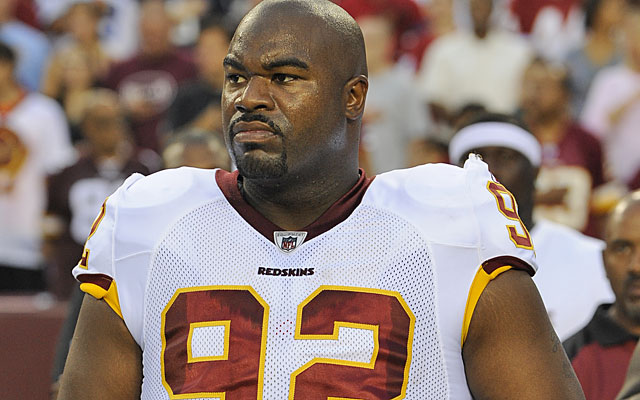 Albert was born on June 1, 1981, in Hartsville, South Carolina. He went to Hartsville High school where he started playing football, track and shot put. As a junior, he recorded 150 tackles, 56 tackles for loss, six sacks, and six fumble recoveries. He was named a SuperPrep and Rivalnet All-American and was also rated the fourth-best defensive lineman at that time by ESPN.

Haynesworth then went to the University of Tennessee where he played three-year for a Tennessee Volunteers football team. In 1999, he received Sporting News freshman All-American honors and was named Second Team All-Southeastern Conference after his junior season.

In 2002, he was selected by the Tennessee Titans in the first round with 15th overall pick in NFL Draft. However, his addition to the team was not supported by his teammates. At training camp in 2003, he kicked his former teammate, Justin Hartwig in the chest. Although he was rough and tough, he became the most dominant defensive tackler in the league after the 2008 season.

He has been faced in several legal issues. In 2010, Clayton Bank & Trust was suing him for alleging that he failed to make payments on a loan in the amount of more than $2.38 million. In 2010, a stripper from New York named Silvia Mena claimed in a $10 million lawsuit that he impregnated her and left her with no financial assistance. In 2011, he allegedly threw a punch to the nose of a Joel Velazques during a traffic altercation.

On July 7, 2019, he revealed that his kidneys are failing and is seeking a donor for a transplant.