Home Net Worth Tyler Hoover Net Worth: How Rich is Hoovies Garage Owner? 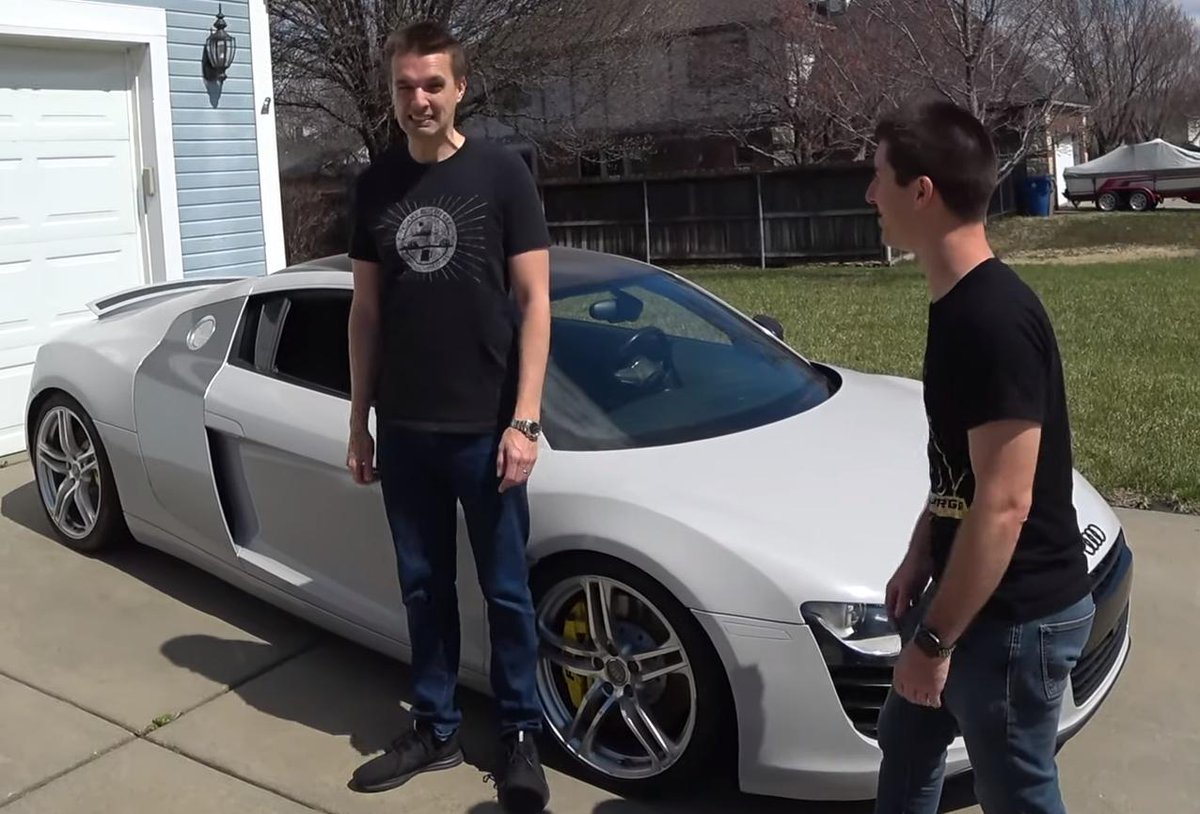 Tyler Hoover is an American YouTube personality and writer. He is best known for his YouTube channel ‘Hoovies Garage’ where he shows videos about his large collection of cheap enthusiast vehicles. As of 2019, Tyler Hoover net worth is estimated to be $2 million.

Hoover was born in 1987 in Wichita, Kansas. He attended Andover High School and then went to Wichita State University where he received a Bachelor’s degree in Political Science and Government. While studying at Wichita State, he worked as a car salesperson for Joe Self Chevrolet, Cadillac, and BMW dealerships in Wichita.

After graduating in 2010, he started his own used car dealership, Ad Astra Automotive. He then started to boost his business after he picked the good quality cars at auction and then reselling them at a good price. However, as he started buying more cars he began buying lower quality cars causing his reconditioning costs to rise. These expenses made his business difficult to sustain and in 2015, he exited the business.

Hoover then began working as an Opening Coordinator & Operations Support for FFC Midwest. However, in 2018, he left the company to focus more on his YouTube channel.

Hoover started his YouTube channel ‘Hoovies Garage’ in 2016. He buys the cheapest running cars like a Tesla Model S, Bentley Continental GT or Mercury Marauder, repairs and modifies the car by himself and sells the cars at the reasonable price. In 2017, he spent more than $50,000 at the mechanic on fixing his cars.

In addition to buying and selling, he also posts videos about Car reviews like BMW M Coupe, 2018 Chevrolet Tahoe RST, Mercury Capri RS Turbo, and many others. His YouTube channel has more than 719K followers.

Tyler is also seen on the television show titled “Car Issues”. The series shows Tyler buys a car and decide whether to keep the car or flip it.