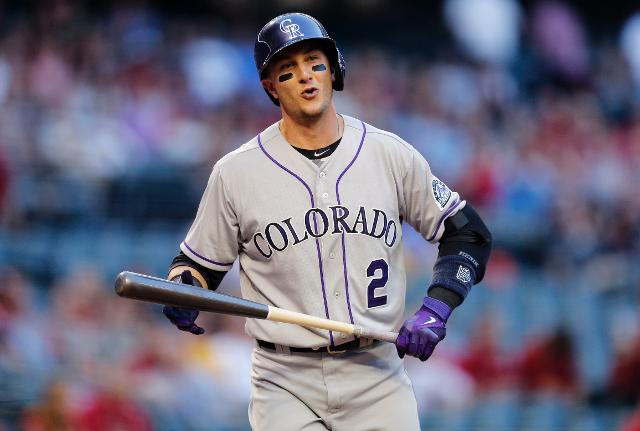 Troy Tulowitzki is a retired professional baseball shortstop who played 13 seasons in MLB. He played most of his career with Colorado Rockies. As of 2019, Troy Tulowitzki net worth is estimated to be $60 million.

Tulowitzki was born on October 10, 1984, in Santa Clara, California. He graduated from Fremont High School. Troy earned four varsity letters in baseball and two in basketball. He was named twice second-team All-State in baseball and was a three-time team most valuable player.

After school, he went to California State University where he played college baseball for the Long Beach State Dirtbags for three seasons. In his 155 college career games, he had a batting average of .310, with 20 home runs, 117 runs batted in, 37 doubles, and a .491 slugging percentage. In 2004, he was selected for the USA national team and helped his team to a gold medal in the World University Baseball Championship.

Tulowitzki was chosen by Colorado Rockies with the seventh overall pick in the first round of 2005 MLB draft. He received a $2.3 million signing bonus from the Rockies. He made his MLB debut against New York Mets on August 30, 2006. In 2010 and 2011 Troy won both a Gold Glove Award and Silver Slugger Award. He has been selected as an All-Star four times.

In 2015, he was traded to the Toronto Blue Jays. He missed the majority of 2017 season and all of 2018 season due to injuries. The Blue Jays released him after the 2018 season. On January 4, 2019, Tulowitzki signed a one year contract with the New York Yankees. After playing in five games to begin the season, he suffered an injury. On July 25, 2019, he announced his retirement from MLB. After retiring as a player, he was hired by the Texans Longhorns as a volunteer assistant.

Regarding his personal life, he is married to his college sweetheart Danyll Gammon. He married Danyll in 2009. Together, they have a son named Taz.