Home Net Worth Darren McFadden Net Worth- How Rich is the NFL Player Actually? 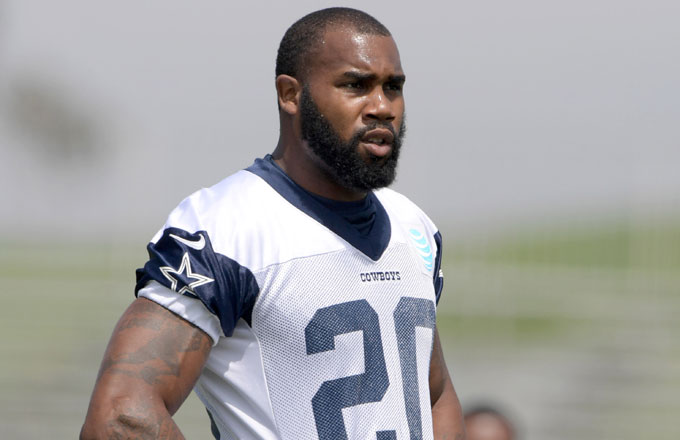 Darren McFadden is a retired American football running back. He played for Oakland Raiders and Dallas Cowboys during his time in NFL. As of 2019, Darren McFadden net worth is estimated to be $20 million.

McFadden was born on August 27, 1987, in Arkansas to Gralon McFadden and Mini Muhammad as the tenth of twelve children. He went to Oak Grove High School where he started playing football, baseball, and track. During his senior season, he was a Parade magazine high school All-American in 2004, as well as the Arkansas High School player of the year. McFadden was also awarded the Landers Award which is given every year to the top player in whole Arkansas. He was ranked the number 23 player in the nation by Rivals.com at that time.

McFadden then received a scholarship to attend the University of Arkansas. In his freshman season, he rushed for 1,113 yards and 11 touchdowns on 176 attempts. He ended the 2005 season with the most yards a freshman running back had ever gained in Arkansas and became the only seventh Southeastern Conference player to rush over 1,000 yards as a freshman.

He had a successful college career. He won SEC Offensive Player of the Year twice, became the first sophomore to win the Doak Walker award twice, earned 2006 Jim Brown Trophy, received two times consensus All-American honors, and the 2007 Walter Camp Award. He was also a two-time runner up for the Heisman Trophy Award in 2006 and 2007.

McFadden was picked fourth overall by the Oakland Raiders in the 2008 NFL Draft. He signed a six-year, $60 million contract which included $26 million in guarantees. He played six years with the Raiders and then signed a two year deal with the Dallas Cowboys worth up to $5.85 million. During his time at Oakland Raiders and Dallas Cowboys, he rushed for 5,421 yards and 28 touchdowns, along with 2,114 receiving yards and five receiving touchdowns.

On November 28, 2017, McFadden announced his retirement from football after 10 seasons in the NFL.