Home Net Worth Steven Greener Net Worth: How Rich is Tamron Hall’s Husband? 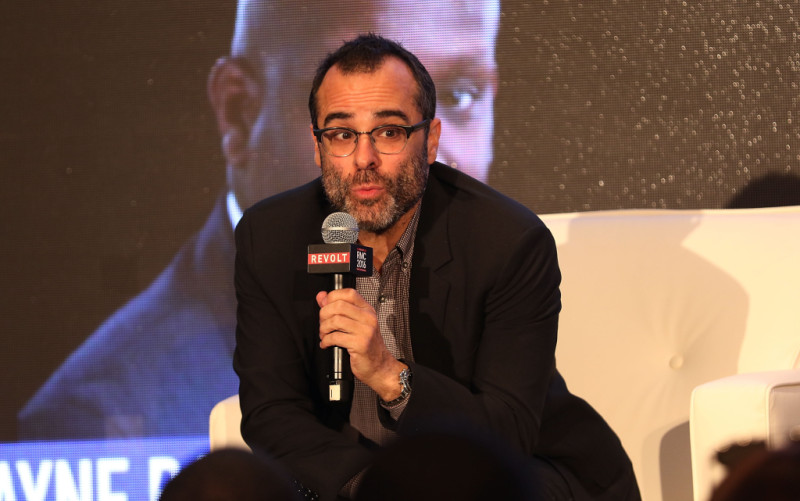 Steven Greener is an American music executive. He oversees the music talent management division at Primary Wave Entertainment. He is also famous as the husband of media personality, Tamron Hall. As of 2019, Steven Greener net worth is estimated to be $2 million.

Greener was born on June 28, 1967, in New York. He is currently 52 years old which makes him 4 years older than his wife Tamron Hall. Greener graduated from the State University of New York College at Oneonta in 1989.

Steven Greener is a well-respected film producer, businessman, and music executive. He looks the music talent management division at Primary Wave Entertainment which owns the copyrights to more than 15,000 songs from the artists like Kurt Cobain, Steven Tyler, John Lennon, Def Leppard, Smokey Robinson, and many others.

Greener is also very much active in the film industry. He is associated with Benchmark and 5 Boroughs Entertainment. He has produced ‘Soul Men’ starring Samuel L. Jackson and Bernie Mac. In 1997, Greener opened Union Entertainment which was later acquired by 3 Arts Entertainment in 2002. He served as a consultant and VP of Lionsgate’s Codeblack Films later. He has also worked on Roseanne Barr’s Lifetime series, Roseanne’s Nuts, and the T.D Jakes film Women Thou Art Loosed: On The Seventh Day.

Regarding his marriage with media superstar Tamron Hall, we have no clear information when they got married. She once told Steve Harvey about her love life. She mentioned that she was seeing someone ‘in the entertainment industry’.

After their secret marriage, Hall announced that she and Greener were expecting a baby in March. On April 25, 2019, she gave birth to their first child, a boy named Moses.