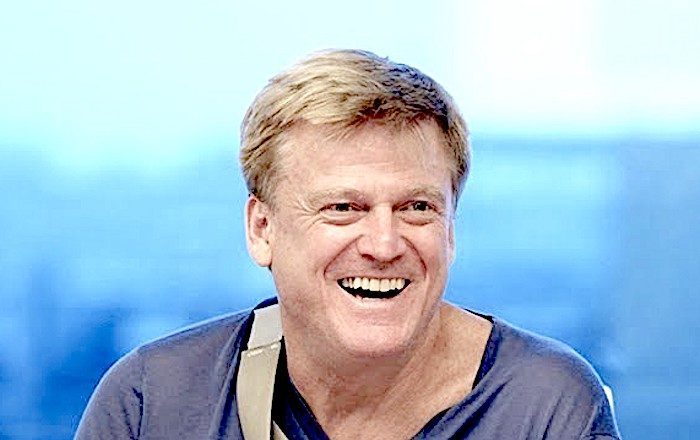 Patrick Byrne is an American entrepreneur and e-commerce pioneer who was the CEO of Overstock. As of 2019, Patrick Byrne net worth is estimated to be $22 million. Byrne owns over 6,667 unites of Overstock stock worth over $19.9 million. In addition to that, he made around $140K per year as a CEO, President, Retail, and Director at Overstock.com.

Byrne was born in 1962 in Fort Wayne, Indiana. His father John J. Byrne was the former chairman of Berkshire Hathaway’s GEICO insurance subsidiary and White Mountains Insurance Group. He has a Bachelor of Arts degree in Chinese studies from Dartmouth College, a master’s degree from Cambridge University, and a Ph. D in philosophy from Stanford University.

Byrne started his career as a teacher at Stanford University and was a manager of Blackhawk Investment Co. and Elissar Inc. He also served as chairman, president, and CEO of Centricut.

Patrick was approached by the founder of D2-Discounts in 1999. He found the idea of online closeouts and invested $7 million for a 60 percent equity stake in the company. The same year he took over as CEO, and in October the company was renamed as Overstock.com. He has also advocated for cryptocurrencies like Bitcoin. In 2014, Overstock became the first major online retailer to accept bitcoin.

Overstock recently announced that Patrick Byrne resigned from his role as CEO and board member. This came after his comments on Deep state and also admitting to a three-year relationship with Maria Butina, a Russian agent currently serving 18 months in prison after pleading guilty to charges of acting as a foreign agent.

Byrne has received several awards and media attention. In 2011, he was named National Entrepreneur of the Year in the Retail and Consumer Products category. In 2002, he was named to BusinessWeek’s list of 25 most influential people in e-Business. The same year Ernst & Young awarded him the “2002 Milestone Award Winner Utah Region”.