Home Net Worth Candy Ken Net Worth: How Rich is Austrian Rapper in 2019? 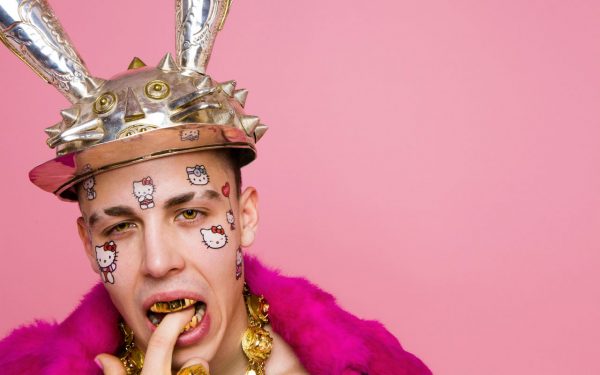 Jakob Kasimir Hellrigl who goes by the name as Candy Ken is an Austrian rapper, model, and Tik Tok star. He is known for his masculine appearance with feminine pop culture. As of 2019, Candy Ken net worth is estimated to be $2 million.

Jakob was born on July 27, 1992, in Bregenz, Austria. He went to Wenatchee High School in Washington for a year where he played football. After that, he went to Vocational training center Lette Verein Berlin where he studied photography and film design. However, he dropped out of his studies in 2014. During his time at college, he invented an unusual persona of Candy Ken incorporating imagery from Hello Kitty, Japanese Kawaii culture, Barbie dolls, and pink clothes.

He then went on to release his second EP titled ‘Candy Ken Paradise’ followed by a third EP ‘Daddy 69’ two months after. His third EP consisted of five songs and four videos. He has also appeared on Jimmy Kimmel Live in April 2018 on a segment of Guess Who’s High.

Ken released his first album titled ‘Real talk’ in June 2016. The album consisted of 12 songs, 10 of which were done in collaboration with rapper Gigi Tays.

In addition to his musical career, Ken is also a model. He started his modeling career in 2015 when he was noticed on Instagram by stylist and designer Nicola Formichetti. Nicola invited him to do a photoshoot for a Japanese magazine FREE. He has also done runway appearance at Berlin’s alternative fashion week. Moreover, he has also been in photoshoot for magazines like VMAN, Paper, Vogue Taiwan, and the Korean edition of Dazed magazine.

Related  Jerry Seinfeld's Net Worth and How He Makes His Money