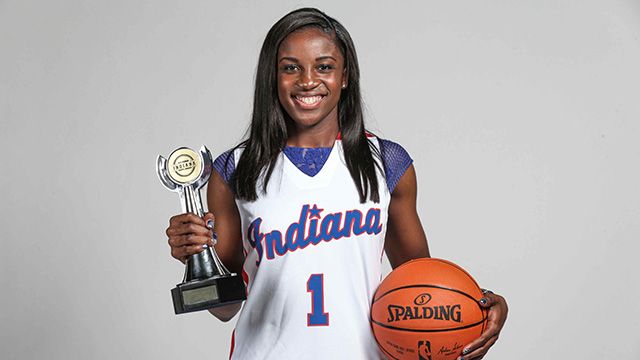 Jackie Young is an American basketball player who played college basketball at Notre Dame. She was drafted first overall by the Las Vegas Aces in 2019 WNBA Draft.

Young was born on September 16, 1997, in Princeton, Indiana. She went to Princeton Community High School (PCHS) where she played basketball. She graduated from the PCHS in 2016 and finished as the leading scorer (girls or boys) in Indiana high school history with massive 3,268 points. She averaged 30.8 points, 10.3 rebounds, 5.5 assists and 3.5 steals per game.

Jackie also led her team to 53 consecutive wins and the 2015 Indiana Class 3A state championship. She was ranked in the top 10 by all major national recruiting service including a No. 5 by Prospects Nation.

Young then played college basketball at Notre Dame from 2016 to 2019. During her freshman season, she was named ACC Rookie of the Week following her game against Valparaiso. She scored her career-high 16 points in a win against Purdue.

Does she have a Boyfriend?

We have not heard any rumor about Jackie dating a boy. She is kind of a shy girl and wants to keep her dating life private. So far we can say is that she might be single.

Jackie Young Net Worth and Salary

Jackie is just at the start of her career. She will be now playing with Las Vegas Aces and the minimum salary for the WNBA player is estimated to be $75,000. Right now, her net worth might be low as $50,000.