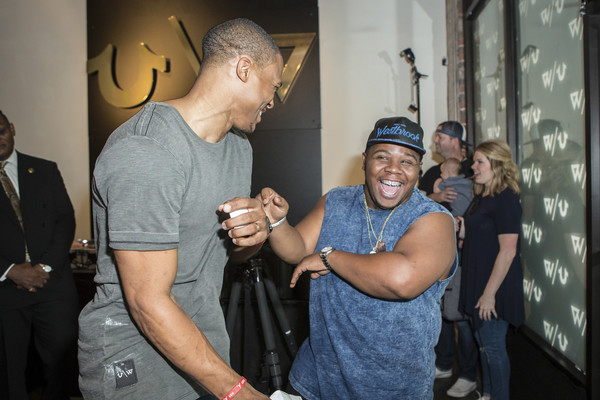 Raynard Westbrook is an American former college football player. He is known to many as the younger brother of NBA superstar Russell Westbrook.

Raynard was born on May 2, 1991, in Long Beach, California which makes him 28 years of age. His parents are Shannon and Russell Westbrook Sr. His senior brother Russell is a professional basketball player who plays for the Houston Rockets of NBA. He is an eight-time NBA All-star and has also earned the NBA Most Valuable Player Award in the 2016/17 season.

From an early age, Westbrook brothers have been inseparable. Their parents encouraged both of them to be there for each other. Growing up, the family lived in an LA neighborhood where drugs, guns, and fights were a common issue. The brothers looked after each other and took parents’ advice for inspiration, advice, and love.

When Raynard was in high school and his grades were slipping, his brother took him to his room and encouraged him that he wants him to get to the next level like him. The younger Westbrook paid attention to what he said and started paying more attention to his studies. Raynard eventually, made it to the school’s football team. After graduating, he went to college and even tried to continue playing football.

Raynard Westbrook attended El Camino College where he played his college football. During his freshman year, several colleges wanted him to recruit including the University of Central Oklahoma but he didn’t accept their offer until his sophomore year. His brother Russell Westbrook handed him his diploma as he graduated from UCO.

The younger brother of Russell Westbrook stands at a height of 5 feet 7 inches or 170 cm. Meanwhile, his brother Russell is massive 6 feet 3 inches tall. His weight is estimated to be around 90 kg or 198 pounds.