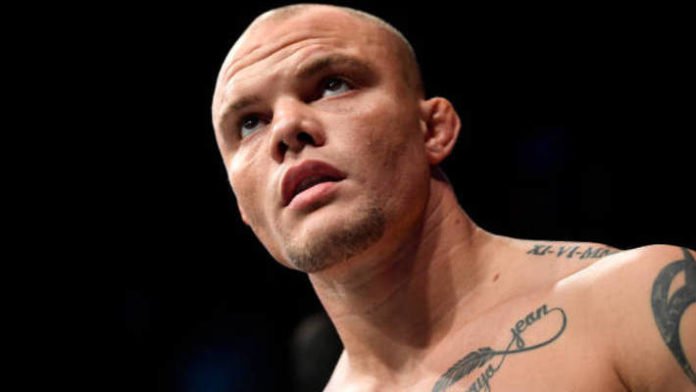 Anthony Smith Net Worth: Anthony Smith is an American mixed martial artist currently competing in the Light Heavyweight division of the UFC. As of 2019, Anthony Smith net worth is estimated to be around $800,000.

Born on July 26, 1988, in Texas, United States, Anthony Smith was raised by his single mother and grandfather. He dropped out of high school in the middle of senior year and started working full time as a concrete finished.

Anthony’s fighting career started in 2008 and fought mainly for local promotions in the Midwestern United States. In 2011, he started fighting or Strikeforce and his debut came on July 22, 2011, against Ben Lagman. He won his debut match via KO in the second round. Four months later, he lost his first match via KO in the first round against Adlan Amagov.

In 2013, Smith moved to UFC and in his debut on June 8, 2013, against Antonio Braga Neto, he lost his first fight via kneebar submission in the first round. He was released from the UFC. After that, he went to Bellator MMA and then came back to UFC in 2016. He went on to win Leonardo Augusto Guimaraes in his first match returning back to UFC but suffered defeat in his second match against Cezar Ferreira.

Smith then faced Elvis Mutapcic at the Ultimate Fighter 24 Finale. He won the fight via TKO in the second round and was awarded a Performance of the Night bonus. After that, he went on to win against Andrew Sanchez and Hector Lombard before losing with Thiago Santos via TKO.

Anthony was then moved to Light Heavyweight Division and faced former champion Rashad Evans in his lightweight debut. He won the fight via knockout in the first round. He then won a fight against Mauricio Rua and Volkan Oezdemir where his both match was given Performance of the Night bonus.

He is now set to fight Jon Jones for the Light Heavyweight title at UFC 235.