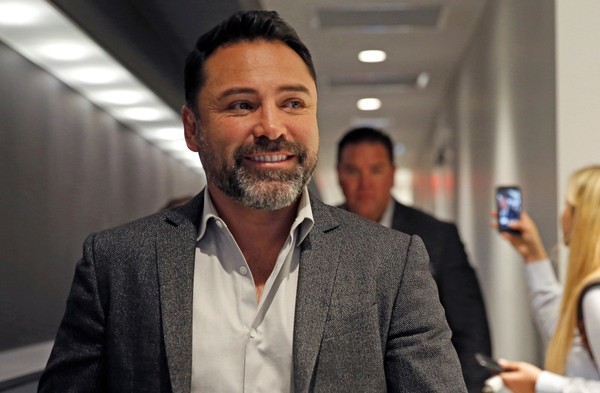 Who is Oscar De La Hoya?

Oscar De La Hoya is a Mexican-American former professional boxer and an entrepreneur. He had a famed career where he won multiple world titles in six weight classes.

Oscar was born on February 4, 1973, in East Los Angeles, California. Prior to his birth, his parents had emigrated from Mexico. Oscar grew up in a family full of boxers with both his grandfather and father being professional boxers.

Oscar was meant for the world of boxing and was reared well from his family. By the time he was 15, he became a winner of the national Junior Olympics 119-pound title. Over the years, he built upon an amazing amateur career where he would end up with a massive 234 wins with 163 of them being via knockouts, a very impressive record.

1990 would be a sad year for his life as his mother was terminally ill with breast cancer and passed away that year. She had a big hope from his son of winning an Olympic gold medal. This would become the fuel and an internal purpose that Oscar would work on ferociously to make a reality. In the 1992 Summer Olympics, he made this a reality when he defeated boxer Marco Rudolph to win gold. This was a story that many fans would connect to and even got the name of “Golden Boy” since then because of the publicity he got.

He has had an amazing career not only in boxing but as an entrepreneur as well. It was in 2002 that he realized that he needed his own company since he got a major dispute with his promotion company. That company would turn into Golden Boy Promotions that would be the promoter for some of the greatest fighters of all time including the lights of Floyd Mayweather and Manny Pacquiao.

Related  3 UK Boxers Who Went from Zero to Hero, and All the Way to Vegas

He is also heavily involved in charity work and also opened the Cecilia Gonzalez De La Hoya Cancer Center in honor of his mother. He also passionately works on his foundation called The Oscar De La Hoya Foundation.

As of 2019, Oscar De La Hoya net worth is estimated to be more than $200 million. Oscar is undoubtedly one of the most popular boxers ever. His matches in total have generated over a massive $700 million in pay-per-view income.

He has always been smart about his finances and has made many smart investments in multiple businesses. He says that one of the major reasons for his success in business has been because he has always surrounded himself with people who are smarter than you.

De La Hoya and Miss USA 1995 titleholder Shanna Moakler were in a relationship that also gave birth to a daughter named Atiana Cecilia De La Hoya. However, their marriage would later end in divorce.

In 2001, De La Hoya married Millie Corretjer. The couple have two children together. He also has two other sons from previous relationships. He is also a dual citizenship holder and got his Mexican citizenship on December 12, 2002.