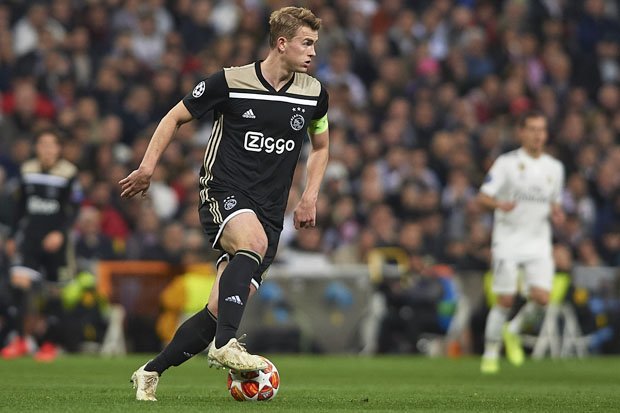 Who is Matthijs de Ligt?

Matthijs de Ligt is a Dutch footballer who plays for Ajax FC and the Netherlands as a Central defender. He is considered as one of the hottest prospects in football in the coming years.

Born on August 12, 1999, in Laiderdorp, Netherlands, de Ligt joined Ajax youth academy when he was only 9 years old. His debut came on August 8, 2016, in an Eerste Divise game against FC Emmen. On September 21, 2016, he made his debut for Ajax’s senior team in a cup game against Willem II. On October 24, 2016, he was promoted to the senior squad and after that, he quickly established himself as a regular starter in the first team.

His big break came in August of 2017 after he became a first-team starter. He was named the youngest captain of Ajax in March 2018, after Joel Veltman, the captain of the club got injured. During 2017/18 season, he appeared in 37 matches in all competitions and scored three goals in the process.

At the age of just 19, he is one of the big personalities in the club. On December 17, 2018, he won the Golden Boy award becoming the first defender to win the award. On February 13, 2019, he became the youngest ever captain in a Champions League knockout game against Real Madrid. On February 27, 2019, he played his 100th official game for Ajax in 3-0 win over Klassieker becoming the youngest Ajax player to ever reach this milestone.

On the national side, de Ligt made his debut for the Dutch national team in 2-0 away defeat to Bulgaria in 2018 FIFA World Cup qualification match. At the age of 17, he became the youngest player to start for the national team since 1931. So far he has 13 International caps to his name.

Due to his performance on the pitch, he has been linked with many Elite European clubs like Barcelona, Juventus, Real Madrid, Manchester United, and Manchester City.

De Ligt is currently in a relationship with Annick Diekman. She is a hockey player who plays for HC Athena, a club in Amsterdam. They have been together since mid-2014 and are seen sharing the pictures of each other on Instagram.