Home Net Worth Fred Cox Net Worth: How Rich was the Inventor of NERF Football? 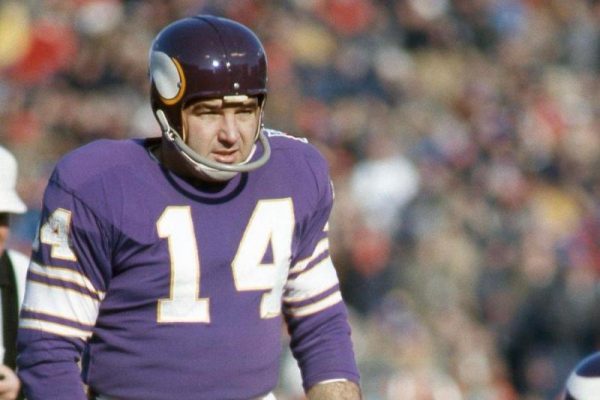 Fred Cox was an American football player who played 15 years for the Minnesota Vikings in the National Football League. Fred Cox net worth before his death is estimated to be $2 million.

Fred Cox was born on December 11, 1938, in Monongahela, Pennsylvania. His parents owned and operated a small grocery store. The store is still in operation by his brother’s family after four generations.

Cox played his high school football at Monongahela School while he played college football at the University of Pittsburgh. He was drafted by the Cleveland Browns in the 8th round of the 1961 NFL Draft and the New York Titans in the 28th round of the AFL Draft that same year. However, he did not play for either team.

Cox started playing with Minnesota Vikings in 1963. He is the Vikings’ all-time leader in scoring with 1,365 points and field goals with 282. He is also one of eleven Vikings players to have played in all four of their Super Bowl appearances during the 1970s.

In 1969, Cox led the NFL in scoring 121 points and 125 points a year later. He was named first-team All-Pro both years. In addition to that, he was also named NFC first time All-Pro in 1971 after scoring 91 points. After his retirement, Cox was NFL’s second all-time leading scorer with 1,365 points behind George Blanda.

In 1972, while he was still playing for the Vikings, Cox and his partner John Mattox came up with the idea of soft football to prevent leg injuries to kids. John who was a local entrepreneur took a mold of full-sized football and injected it with a soft foam rubber material. The result was the origin of NERF football.

Regarding his personal life, Cox is married twice. He first married Elayne Darrall Cox with whom he had four children named Darryl Cox, Susan Cox Biasco, Fred A. Cox, and Kim Ok-soon. His second marriage was with Bonnie Hope Cox. On November 20, 2019, Fred Cox died at the age of 80.