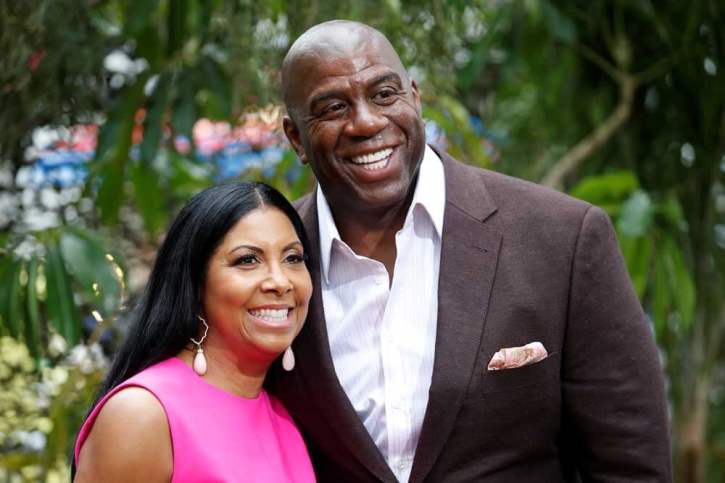 Cookie Johnson is the lovely wife of retired basketball player Magic Johnson. Cookie and Magic Johnson got married in September 1991 and have two children together.

Cookie Johnson was born on January 20, 1959, in Alabama, United States which makes her 60 years old now. She was named after her father Earl and her mother’s name Cora. She has an older sister named Pat and a younger brother named Harold.

Cookie went to Councill Training School which was an all-black school in her hometown Huntsville. She then went to Michigan State University. She graduated with a degree in retailing clothes and textile.

As a businesswoman, she developed ‘CJ by Cookie’, a jeans clothing line which mainly targeted at average-sized women. Moreover, the brand has around 500 stores in the US only. She likes to inspire people and ask them for advice on how to run the business smoothly.

In addition to that, she is also a writer. On September 20, 2016, she published her first book titled “Believing in Magic”, a memoir in which she details about her life and her family’s battle with HIV.

Moreover, Cookie is also the secretary of the Board of Directors for the Magic Johnson Foundation. The foundation is dedicated to supporting community-based programs focused on health and education.

Cookie met her future husband Magic when she was at Michigan State University. In September 1991, they got married in a small ceremony in Lansing, Michigan.

The couple has two children together. She has a son named Earvin III ‘EJ’ and an adopted daughter named Elisa. Earvin was born in 1992 while Elisa was adopted by Johnson family in 1994. Furthermore, the family also includes Andre, the son of Magic with his previous girlfriend Melissa Mitchell.

Her son ‘EJ’ is openly homosexual and has also starred on the reality TV series ‘Rich Kid of Beverly Hills’.