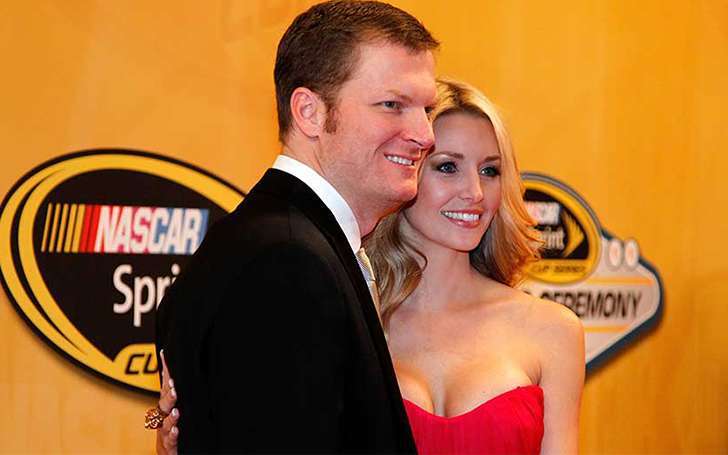 Amy Reimann is an American Interior Designer and more importantly, she is the wife of NASCAR driver, Dale Earnhardt Jr.

Reimann was born on March 25, 1982, in Texas, the United States. She studied at the University of Kentucky where she was heavily involved in the school’s cheerleading team. In 2005, she graduated to earn a Bachelor of Arts degree in interior design

After finishing her studies, she joined a famous architectural firm called Wakefield Beasley where she got first-hand experience working as a project coordinator. However, she left the company in 2009 to seek further growth. She got an opportunity to be a part of Charlotte Studio at Micamy Design Studio where she started to work as a Director.

Reimann was formerly married to Tommy Cook who was a wide receiver at the University of Kentucky. It was rumored heavily that Reimann and Earnhardt started seeing each and fell for each other when Reimann was still married.

Reimann and her husband, Dale Earnhardt, actually met through her work. Earnhardt was in the process of the construction of his 290-acre estate village and Reimann was apparently one of the interior designers who would work for the project. Earnhardt had a liking for Reimann and their love story would start from here.

Eventually, the two started to be seen together publicly in 2011 in one of his races. The two got married at the end of 2016 in a New Year’s Eve ceremony at Richard Childress’ Childress Vineyards in Lexington, North Carolina.