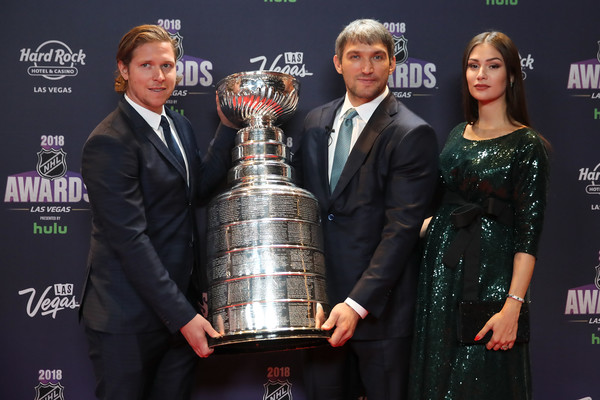 Anastasia Shubskaya is a lovely wife of Russian professional winger Alexander Ovechkin who is the captain of the Washington Capitals in the National Hockey League (NHL).

Anastasia Shubskaya was born on November 16, 1993, in Switzerland. She was brought up in a well-off family with her mother being a famous actress, Vera Glagoleva while her father is Kirill Shubsky, the CEO of RT-Chemical Technologies and Composite Materials.

Shubskaya was interested in films and as a result decided to study at the Gerasimov Institute of Cinematography. Later she would also take a four-week acting program from the New York Film Academy.

Along with her studies, she was also modeling because of her fabulous looks. She was named as one of the top 10 bachelorettes in Russia by Elle Magazine. She has been a part of various modeling campaigns and also boasts of a large following on Instagram.

However, after her marriage, her responsibilities have increased in her home as well since she doesn’t have to earn a living. Yet, she does has aspirations of being a producer.

Alex and Anastasia got married in 2016. Prior to that, Alex was once engaged to tennis star Maria Kirilenko but they decided to call their engagement off. Ten months after their engagement broke off, Ovechkin announced his engagement to Anastasia Shubskaya on Instagram. The couple tied the knot a year later in 2016.

Her husband has a net worth of $60 million. As a result, Shubskaya is able to live a luxurious life. Yet, she is not too attached with luxury since she came from a well off family that nurtured her on proper handling of finances. Recently, she even rejected an offer to take part in the program dedicated to the most expensive jewelry of celebrities.

After her marriage, Shubskaya has also found a new found passion with cooking.