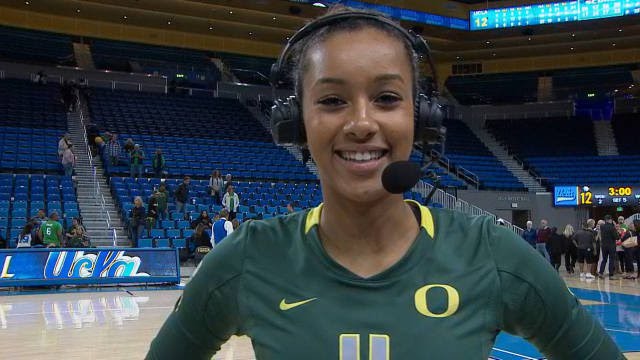 Who is Frankie Shebby?

Frankie Shebby is the girlfriend of Green Bay Packers offensive lineman David Bakhtiari. She got attention after she was seen by Bakhtiari’s side during the beer-chugging competition with Aaron Rodgers.

Frankie was born on February 8, 1996, which makes her 23 years old now. She was born in Bellevue, Washington but currently resides on Wisconsin. Shebby attended Mater Dei High School in California. She went to the University of Oregon and then to University of Colorado.

Shebby started playing volleyball when she was at the University of Oregon. She played volleyball for the Oregon Ducks team. However, she didn’t maintain her records on the academic side and was considered a violation of the runes. She was given a full release to transfer and then went to the University of Colorado where she majored in psychology.

She also played volleyball at Colorado but decided to leave playing the sports in her fifth year due to injuries. She is set to graduate in May 2019.

Apart from being a volleyball player, she is also a cook. She has a blog and a separate Instagram profile to share recipes.

It’s not clear how Frankie and David met for the first time. Before that, David was in a relationship with another volleyball player Kerra Schroeder. It might make sense that, he is quite into volleyball player.

Shebby and Bakhtiari have been together since October 2017. They have been featured on each other’s Instagram account.