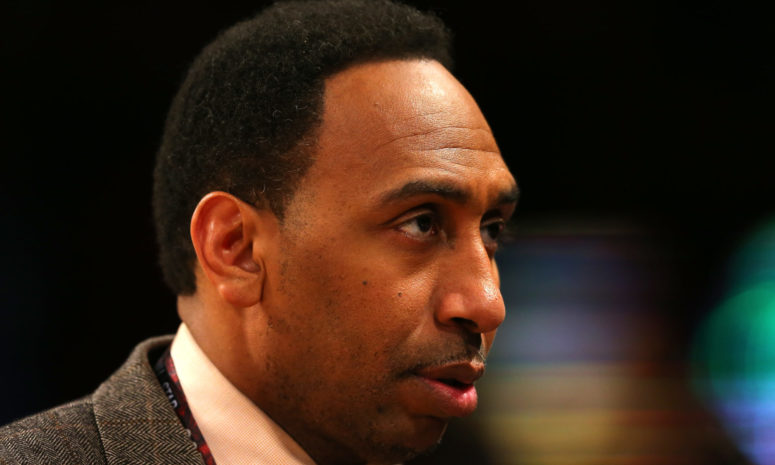 Stephen A. Smith, a controversial figure in the sports industry is likely to become the highest paid commentator at ESPN boosting his salary to $10 million per year.

According to New York Post, ESPN and Smith are in negotiations and his salary could end up somewhere from $8 million to $10 million making him the highest paid personality in the sports media.

Smith is not popular among fans. Some viewers find his commentary style to be jarring, provocative and often yelling but ESPN considers him to be their most valuable on-air performers. He is currently on his second tenure at ESPN. He first joined the company in 2005, working as a weekday radio host while writing for The Philadelphia Inquirer.

He joined ESPN for the second time on a full-time basis in 2012 and then rose to fame working with Fox Sports’ Skip Bayless from 2012 to 2016. Smith covers almost every sport ranging from Basketball, Football, Golf, Boxing, and UFC. His deal with ESPN is set to expire in 2021.

Stephen’s rise can also be counted due to his use of social media. He has more than 3.9 million Twitter followers and his bombastic style and sharable clips. He also has his own ‘Know Your Meme’ page.

Although Stephen is known for forgetting or mistaking the names of players, ESPN is not all bothered by those mistakes and now it looks like the Meme machine is turning to be a money-making machine.