Home Net Worth Eddie Hearn Net Worth: How Rich is the Boxing Promoter Actually? 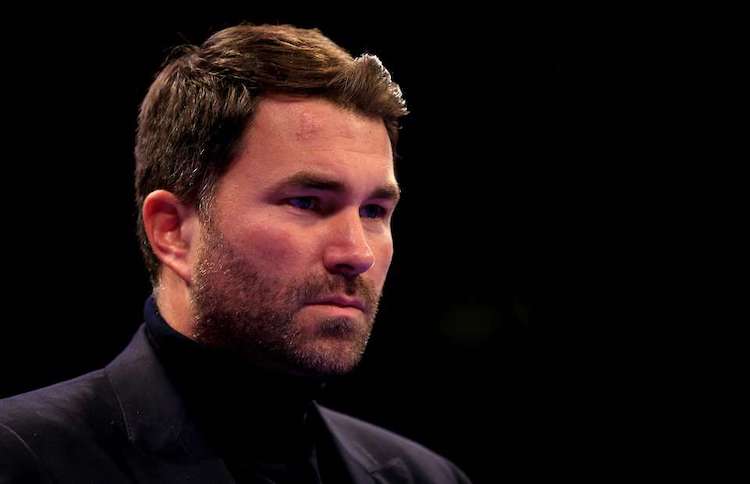 Edward John Hearn is an English sports promoter who is the group managing director of Matchroom Sport, and a director of the Professional Darts Corporation. As of 2019, Eddie Hearn net worth is estimated to be $60 million.

Hearn was born on 8 June 1979, in Essex, United Kingdom. He is the son of Barry Hearn who is the founder of Matchroom Sport. Eddie had a hard time in school as studies weren’t really his thing. Rather, he loved to indulge in different sports such as cricket and football. Because of his low grades, he had to transfer from Brentwood School to Havering Sixth Form College in Romford.

His mother was very concerned about his grades and maybe it was because of this that Hearn’s father had decided to reward him with £1,000 for a C or better grade in his A-Level subjects. Eddie achieved 2 Cs and 1 A.

After finishing his studies, Hearn has been steadily focusing on Matchroom Sports and has already been a part of some important deals for the company. One of which saw their deal with Broadcaster Sky Sports, to broadcast up to 20 shows a year.

Moreover, he has also been a part of boxing’s first $1 billion boxing deal (£750 million) as his company signed a mega-deal with streaming service DAZN to stream shows across America. He has been a promoter of several of the top-notch fights that we see today having been the promoter of arguably the biggest fight in boxing history which was Joshua vs. Klitschko.

He was also the promoter of the recent Joshua vs. Ruiz fights. His shrewd eye for knowing where the pie is the biggest has helped him to amass a personal net worth of £40 million already at the age of 40.

Though Hearn is a very busy person, for him, Family is always first. He is married to his wife Chloe who used to own a beauty salon. They share two daughters named Sophia and Isabella. They reside in Billericay in Essex.