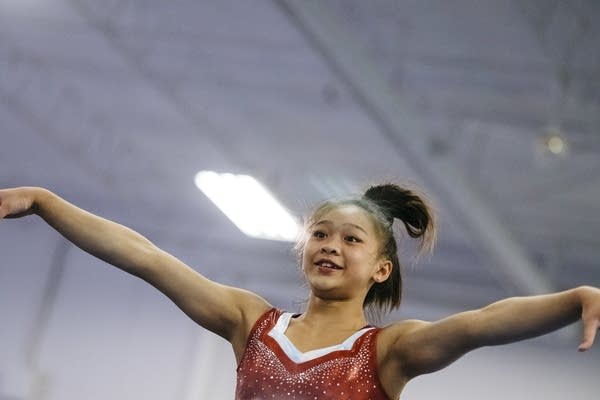 Suni Lee is an American gymnast and part of the United States women’s national gymnastics team. Recently, she won the uneven bars gold medal and the all-around silver medal at the 2019 U.S. National Gymnastics Championships.

Sunisa was born on March 9, 2003, in St. Paul, Minnesota to Yeev Thoj and John Lee. She was raised alongside her five siblings. Suni began gymnastics when she was only 6 years old. She is currently attending South Saint Paul Secondary High School where she will graduate in 2021.

Regarding her gymnast career, she became junior elite in 2016. Her junior elite debut came at the 2016 U.S. Classic. In 2017, she made her international debut at the Gymnix International Junior Cup, where she placed second on uneven bars. The same year, she verbally committed to the Auburn University on a gymnastics scholarship where she will join the college in 2021.

In 2018, Suni was named to the team to compete at the 2018 Pacific Rim Gymnastics Championships. She won gold in the team final and won silver on vault, balance beam, and floor exercise. She came 4th in the all-round.

Lee made her senior debut at the 2019 City of Jesolo Trophy. She helped the USA to win gold in the team final and individually she won gold in the all-around. She also competed at the 2019 Pan American Games. In 2019 U.S. National Gymnastics Championships, she won the uneven bars gold medal and the all-around silver medal.

We have no information regarding her dating life. She is just 16 years old and is focusing on her career at the moment. There is no clue about her boyfriend either in her Instagram profile.