Home Wiki Kathy Zhu Wiki: Why She Was Stripped Off Miss Michigan title? 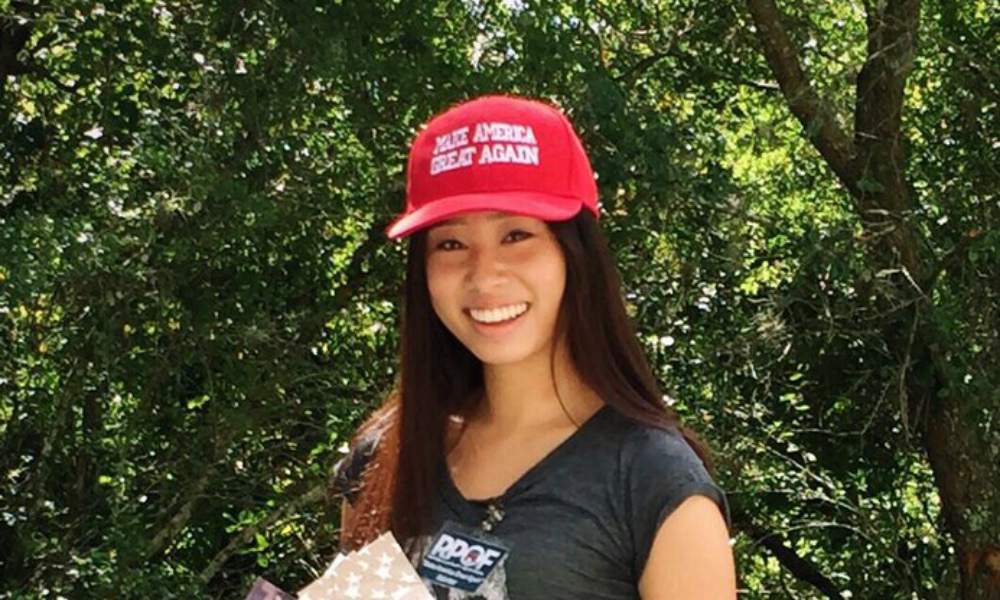 Kathy Zhu is am American student and a Miss Michigan who was stripped off her title after the beauty pageant organization found her tweets to be racist and offensive. She was also stripped of a chance to compete at the Miss World America pageant.

An incident regarding Miss Michigan title

Kathy was named the Miss Michigan on July 14 but was stripped off her title four days later due to her tweets which were deemed insensitive and racist.

One of the incidents that led to this is was her refusal to wear a hijab in 2018. In February 2018, Zhu said that she declined to wear a hijab at the University of Central Florida on World Hijab day. She tweeted at that time “There’s a “try a hijab on” booth at my college campus. So you’re telling me that it’s now just a fashion accessory and not a religious thing? Or are you just trying to get women used to being oppressed under Islam.”

Another incident was back in 2017 when Zhu tweeted that “majority of black deaths are caused by other blacks… Fix problems within your own community first before blaming others.”

On July 18, 2019, Zhu received an email from Laurie DeJack, Miss World America’s state director for Indiana and Michigan saying that she was stripped off her title because her social media accounts ‘contain offensive, insensitive and inappropriate content and in violation of MWA’s Rules and Conditions”. Moreover, she was also suggested to remove all photos of herself as Miss Michigan and stop affiliating herself with the title.

She later posted on Twitter saying that “They stripped me of my Miss Michigan title due to my refusal to try on a hijab in 2018, my tweet about black on black gun violence, and “insensitive” statistical tweets.”

Miss World America’s State/National/Chief Director accused me of being racist, Islamaphobic, and insensitive.

They stripped me of my Miss Michigan title due to my refusal to try on a hijab in 2018, my tweet about black on black gun violence, and “insensitive” statistical tweets. pic.twitter.com/K1Btho0Pgq